The YMCA of Metropolitan Detroit offers day and overnight camps for children ages 3 and older. Here, a Livonia mom of four shares what the Y's day camps have to offer families. 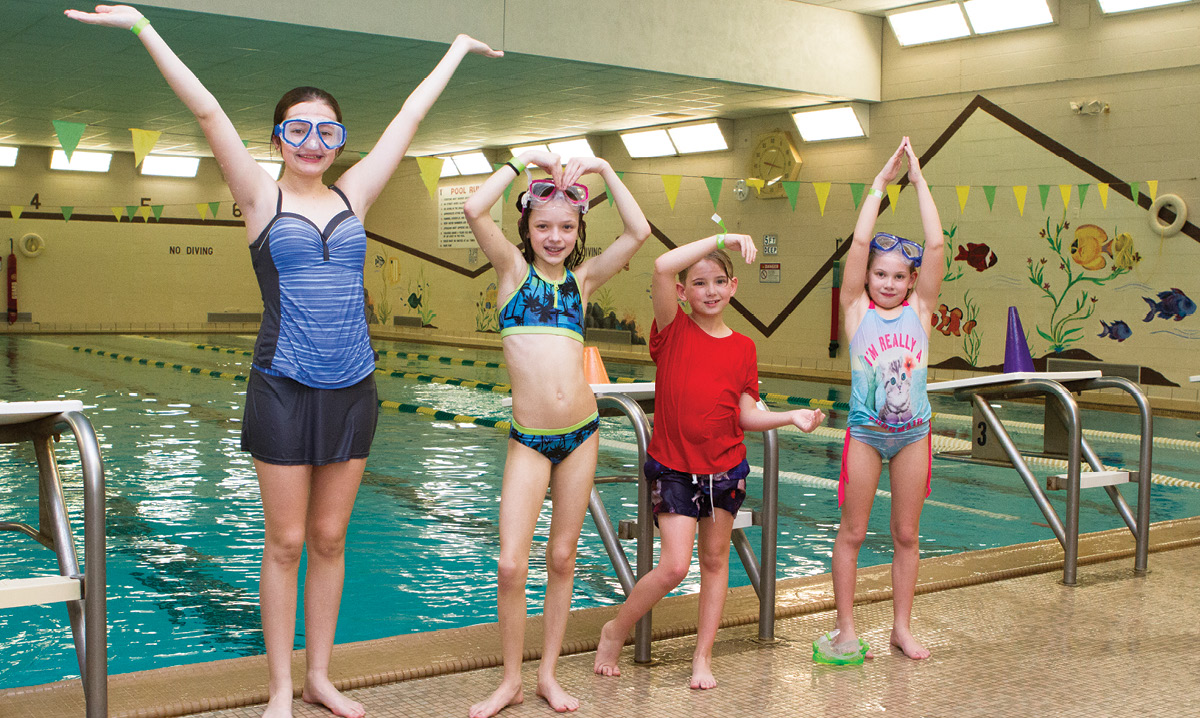 How will your children pass the time this summer? If you’re like Christina Niemczewski, a mom of four from Livonia, you’ve already booked your children’s summer camp experiences – in January.

This summer, Niemczewski is sending her kids – Lily, 13, Katelyn, 12, Kellan, 10, and Ceara, 8 – to the Livonia YMCA for its day camps. It’s been a family tradition since 2017, and it was a no-brainer to return again this year.

“The amount of activities and fun that the kids get to have between the games and the activities at camp – and the field trips that they take that are all included for the price – you can’t beat it,” she says. “The kids love it.”

They’ve made friends (mom has reunited with friends from her childhood, too!) and felt comfortable trying new things, thanks to the Y’s welcoming environment. In fact, it’s been such a positive experience that Niemczewski and her husband, Joe, decided to purchase a family membership to the Livonia YMCA earlier this year to utilize all it has to offer – from exercise classes to swimming and family activities.

Camp boasts big benefits for kids. According to the American Camp Association, 96% of campers note that camp helped them make new friends, while 92% said camp made them feel good about themselves. In addition, 74% of campers reported trying things they were initially afraid to do.

That’s what Niemczewski’s kids have experienced at Y Camp.

“They have learned to be more courageous and try new things, and to come out of their shell a little bit more with meeting new people,” she says.

They’ve become better swimmers, too – and continue to swim at the Livonia YMCA today, thanks to their family membership. They don’t even need mom or dad to swim, either, Niemczewski says. Kids who are at least 48 inches tall and can pass a deep-end test can swim on their own at the YMCA.

To keep things interesting week after week at camp, the YMCA offers a variety of themes, including Mad Science, Olympics and Nature, to name a few.

“Every week they have a different theme for the entire camp, but then they also have different specialty camps each week that you can sign up for at the beginning of each summer,” Niemczewski says.

Specialty camps, which were a favorite for two of Niemczewski’s children last summer, include soccer, basketball, All the World’s a Stage drama camp and more.

Field trips to places like the Detroit Zoo, AirTime Trampoline and local waterparks, to name a few, round out the day camp experience for the kids.

Those who opt for overnight camp – a rite of passage, as the YMCA puts it – can choose between YMCA Camp Nissokone in Oscoda and YMCA Camp Ohiyesa in Holly. Both offer week-long experiences with a different theme each week, including Uncover the Mystery and Star Wars.

Families who register for camp during the month of March will receive $10 off per week.

Today’s kids can start mapping out their career path as early as preschool. Here, a Macomb County expert offers insight on how you can take an active role in the development of your child’s future plans.
Read more
Advice