A local expert explains the issue that keeps many people from accessing mental health care. 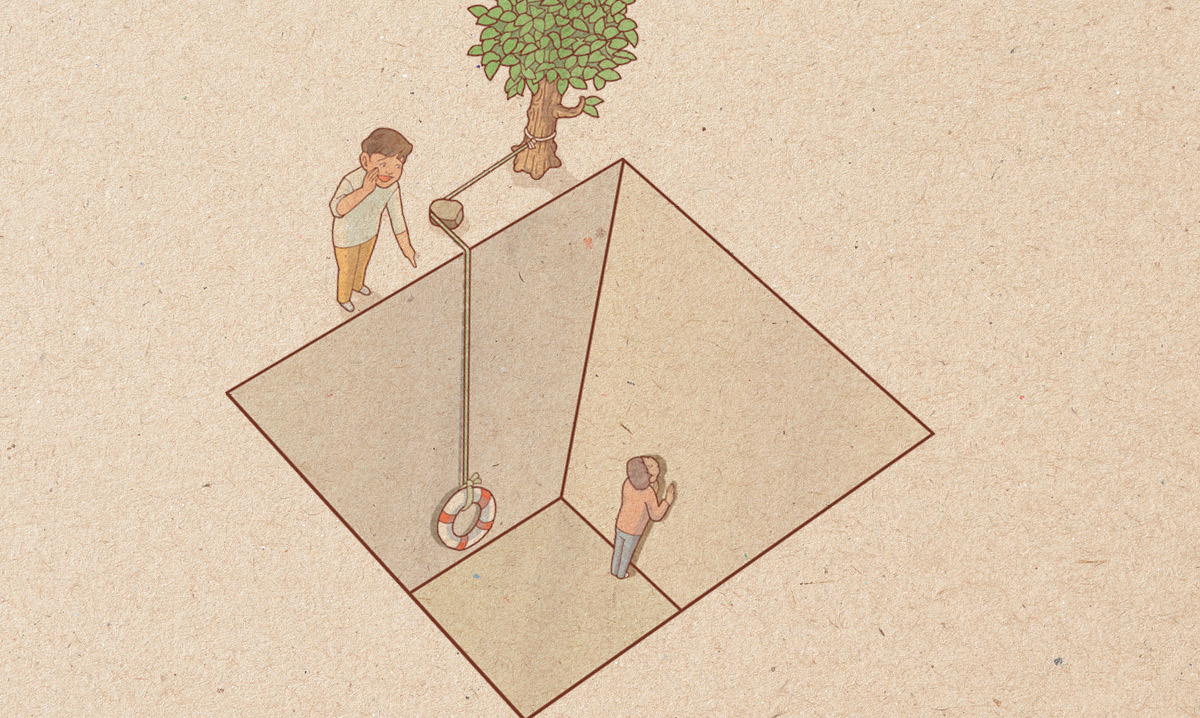 Studies show that women are twice as likely to be diagnosed with depression than men – but that statistic doesn’t tell the whole story.

Experts say societal constructs of masculinity may prevent men from seeking out help when they need it – and the framework used to diagnose depression might also be skewed. Though mental illness is stigmatized for everyone, men in particular may spend years trying to “man up” instead of getting treatment.

It’s a mental health gender gap, and not enough people are talking about it, says Daphne C. Watkins, an associate professor at the University of Michigan School of Social Work in Ann Arbor.

“What we tend to tell little boys is that there’s one way to be a man and here is that one way. You go out, get a job, be the primary breadwinner. You don’t cry, you don’t express your sadness or weakness,” she says. “We sort of give them this rulebook and suggest that there is one way to be a man.”

But Watkins, who has spent many years researching gender and is the past president of the American Men’s Studies Association, looks at “masculinities” in the plural sense and says it’s important to recognize other more progressive ways to “be a man” – from being a great cook or working as a teacher to the way a man expresses himself.

That means men are less likely to report mental health concerns to their doctors. And if they do visit a mental health professional, the “checklist” used for symptoms could be another roadblock. Men may be less likely to answer “yes” to a question about feeling “sad, worthless or hopeless,” for example.

“Those are terms that I would argue a woman is more likely to express and admit to,” Watkins explains. “We think about women’s terms being more ‘inward.’ Men may act ‘outward,’ and their depression may not manifest as sadness or hopelessness but anger, frustration, irritability or risk taking – things that mental health professionals may or may not be asking men.”

So when studies point to women being more depressed than men? That’s not likely the case.

“I would argue that both genders are probably depressed at the same rate,” she says. “What society is expressing about how appropriate it is are two totally different messages.”

Women, of course, face their own unique challenges related to mental health – including high rates of anxiety and depression when feeling the need to choose between kids and work, or trying to excel in everything at once.

“They’ve been told or shown that they have to choose: Either have a family or a career,” she says. “That can really be paralyzing.”

Parents are the first line of defense in changing these perceptions and making sure girls and boys grow up knowing their mental health matters.

“I think about the damage that we’re doing as parents when, instead of really encouraging our children to make their own rules, we’re passing down a rulebook to them that was passed down to us,” Watkins says. “When it comes to the health and happiness of our children, I don’t think that’s the right way to raise our children.”

Encourage kids to share how they feel, normalize the idea of seeing a therapist and avoid telling boys to “man up” or “be a man.”

“I think those terms are absolutely harmful, especially when we’re not passing them out equally,” Watkins says. “We have to make it better for boys to process what’s happening around them.”

That includes putting a focus on mental health care from an early age.

“Just as I would like to see us expand the definitions of manhood and womanhood to our children, I would also love to see parents prioritize mental health as much as we prioritize physical health with our children,” she says. “In the same way that families have a family doctor and dentist, I would like to see us have families with a family therapist. Just add that to our list of health care practitioners.”