One Family’s Story of Physical and Personal Strength

Every member of the Kinsey family is proud to be part of the YMCA, and now, more than ever, they're committed to their Y lifestyle. Find out why. 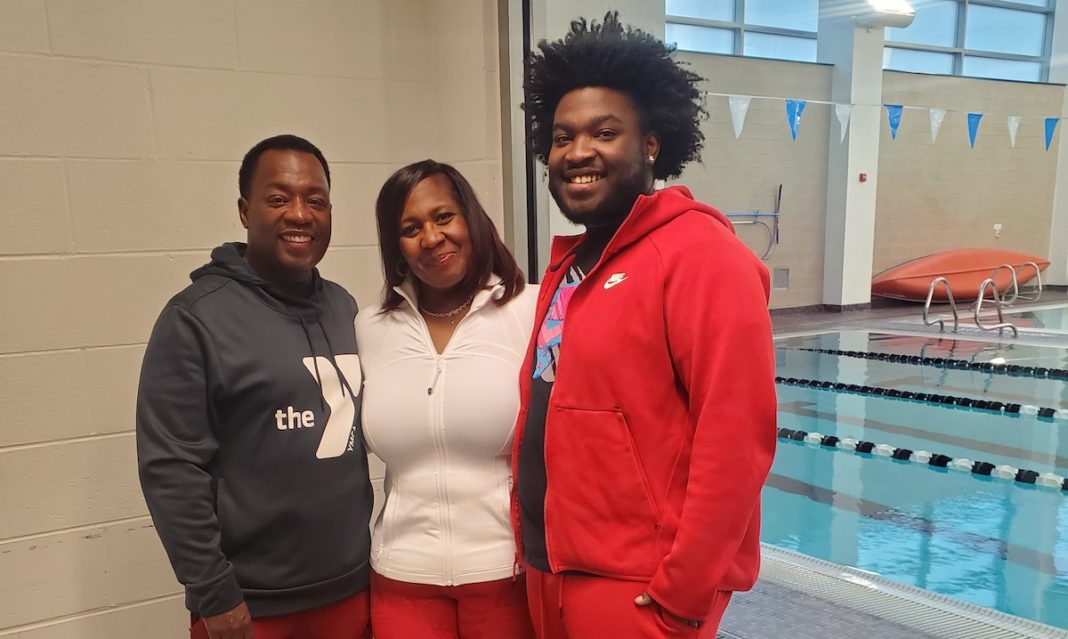 In 2005, a young married Detroit couple with three school-age boys joined the Boll Family YMCA before the location even had its grand opening. Initially, they thought it would be just a gym, a place to exercise and get fit. It became so much more.

“The Y is a center of influence,” says Tony Kinsey, proud YMCA member, husband and father. “I have been unemployed and I have survived cancer and the Y has always been there for me.” Kinsey says that when he was unemployed the Y awarded his family a membership scholarship. He says that when people are between jobs or recovering from an illness, the Y helps make each day a little better.

Today, the Kinsey kids have busy, high-achieving lives. Anthony Kinsey is an investment banker at Huntington Bank in Chicago and has a bachelor’s degree in finance from Morehouse College.

Christian Kinsey is a network technician at RT Software Systems and is studying computer science at Wayne County Community College District (WCCCD). Coincidentally, Christian learned about homeownership opportunities through the Detroit Land Bank from a Y staff member and now he owns his own piece of Detroit.

Annette Kinsey, an adjunct professor at WCCCD, agrees with her husband’s assessment of the value of the YMCA.

“The YMCA is much more than a gym to our family,” she says.

Most days, the Kinseys work out in the wellness center and one of their sons — who learned to swim at the Y — reserves the pool for lap swim. Annette says her son is grateful for the chance to swim at the Y because it is therapeutic for his recovery from injuries he sustained in a recent car accident.

Since group exercise restrictions have been lifted by the state health department, Tony Kinsey is back enjoying the group exercise classes he loves. He says classes offer a great opportunity to connect with others — and stay healthy, too. “You meet amazing people at the Y,” he says.

Christian echoes his father’s comments. “I just love the people at the Y. It’s a cool place to hang out.”

Annette Kinsey — who is celebrating losing more than 30 pounds by being active at the Y — says that over the years the Y has provided her opportunities to not only exercise but to volunteer and mentor young adults in its teen programs. And, Tony and Annette are both most grateful for all the opportunities that their own children have experienced.

“My sons have participated in everything the Y has to offer, from college prep and summer employment, to college scholarships, even cooking, pottery and film classes, camps and swim team competitions — and so much more,” Annette says.

“My son got to intern at Barton Malow, because of the Y,” she says, with a proud mother’s smile.

Tony says he missed his group exercise classes when they shut down in adherence with health orders, but how does Annette feel about visiting the Y during the COVID-19 pandemic?

“The Y is constantly cleaning and making sure everyone is social distancing,” she says. “I really like their protocols.”

Annette encourages families to consider joining the Y because she says exercise helps boost the immune system and improves the body’s ability to fight illnesses. The Centers for Disease Control and Prevention agrees about the value of living a healthy lifestyle, stating that a balanced diet and regular exercise are beneficial.

Join the YMCA in 2021, and, like the Kinsey family, make every day better.

Learn more about what makes the YMCA so special at ymcadetroit.org.