Protecting Your Baby from Pertussis

The Franny Strong Foundation founded by local parents who lost their baby to pertussis (aka whooping cough), offers advice in guarding against the bacteria that's on the rise in Oakland County. 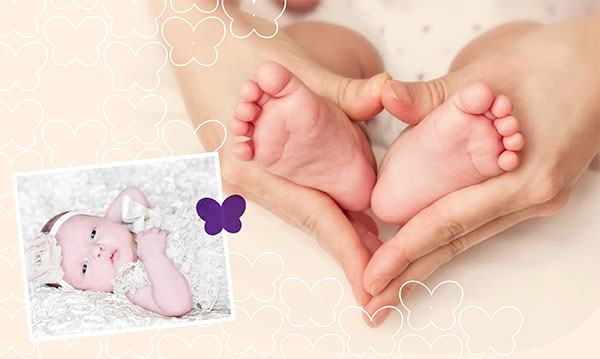 When Oakland County parents Veronica and Sean McNally brought their baby daughter Francesca home from the hospital in 2012, they were filled with the dreams of most parents – to raise a happy, healthy daughter who would grow up to make a difference in the world.

And while part of their dream came true, it was not in the way they hoped or would have wished for. At around 3 months old, Francesca McNally contracted pertussis, also known as whooping cough.

“It was a really quick progression of the severity of the illness,” Veronica recalls. “Her cough began on May 9 and on May 17, she died.”

Francesca did not get the chance to grow up and attend school, take ballet lessons, choose a career or raise her own family, but in her three short months, she made a difference – in the organization her parents created in her name. The Franny Strong Foundation has one mission: to educate parents and the public about the dangers of pertussis and other vaccine-preventable diseases and how to prevent them.

This work has been particularly relevant after the State of Michigan issued a health advisory in January warning of an increase in the number of cases of pertussis in Oakland County.

According to the CDC, pertussis is a very contagious respiratory illness caused by a type of bacteria called Bordetella pertussis. These bacteria attach to the cilia that line part of the upper respiratory system. The bacteria release toxins that damage the cilia and cause airways to swell. Severe coughing, with a characteristic “whoop,” is a prominent symptom. However, pertussis may also be present in a severe barking cough without the telltale “whoop.”

The first signs usually consist of a runny nose, sneezing, red and watery eyes, a mild fever and a dry cough. These early symptoms are very similar to that of a common cold, which is what makes pertussis such a scary disease, since a parent or doctor may not be able to catch the early warning signs until it is too late.

As the disease progresses, symptoms can include a rapid cough followed by a high-pitched “whoop,” vomiting during or after coughing and exhaustion after coughing. Babies may have a symptom known as apnea, which is a pause in the child’s breathing pattern. Pertussis is most dangerous for babies; about half of those younger than 1 year require hospitalization.

Pertussis spreads through coughing, sneezing or spending a lot of time with someone in a shared breathing space. Infected people are contagious up to two weeks after the cough begins. Symptoms develop five to 10 days after exposure, but sometimes up to three weeks.

Practicing healthy habits such as covering the mouth and nose with a tissue when sneezing or coughing, avoiding sharing objects that have been in the mouth and washing your hands with soap and water after coughing, sneezing or touching surfaces like door knobs and telephones can help prevent pertussis from spreading, but those actions are not as effective as getting vaccinated.

“Getting vaccinated is crucial. Even pregnant moms can, and should, get vaccinated for each pregnancy,” Veronica says. The CDC recommends pregnant women get vaccinated against this disease between 27 and 36 weeks gestation, preferably during the earlier part of this time period.

“Community immunity is also crucial,” adds Veronica, who notes infants are still vulnerable to pertussis while undergoing vaccination. “It’s not just about getting your child vaccinated. Everyone around your baby needs to be vaccinated against it too. It’s called a circle of protection.”

The pertussis vaccine includes vaccines against two other diseases: diphtheria and tetanus. Both combine protection against whooping cough, tetanus and diphtheria, but they are for different age groups. Tdap is for ages 11 years and older, including pregnant women. DTaP is for kids 2 months to 6 years of age.

For young children in Michigan, doses are recommended at 2, 4, 6, and 15 months. A fifth dose is given between 4 and 6. The CDC says young children who haven’t received vaccines are at least eight times more likely to get pertussis than kids who received all recommended doses.

According to the health advisory issued by the State of Michigan, the spike in local cases is due to the fact that some younger children are exposed to the virus at child care settings or preschool before getting fully immunized.

To any parent still debating over vaccinating, Veronica says to talk to your doctor. “These diseases are still out there and pose severe complications that can lead to death.”

The Franny Strong Foundation has partnered with the Michigan Department of Health and Human Services on a public education campaign to protect Michigan children from vaccine-preventable diseases. The goal of the campaign is to provide Michigan parents with information and tools based on medical science and research to help them protect their kids. Parents can visit IVaccinate.org for more information.

Family Movies Coming Out in 2022

2022 is welcoming tons of family-friendly flicks. Here are 19 of our favorite kids movies coming out this year.
Read more
Guides

Looking to introduce your kids to this cultural event? This year, the Spring festival falls on Feb. 1, 2022, and there are many celebrations to enjoy.
Read more
Guides