A top urologist from the Children's Hospital of Michigan shares what parents should know about school bathroom access and why 'holding it' is a bad idea. 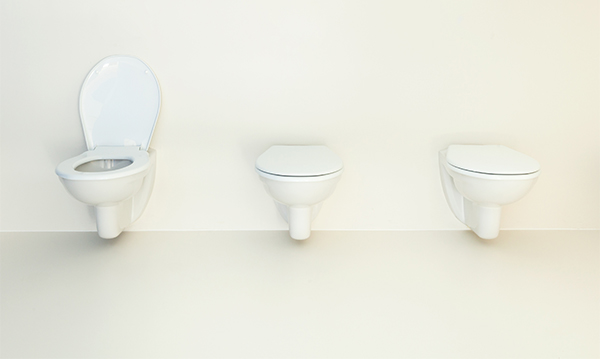 “May I use the bathroom?”

Some teachers have students convey this common request with a hand symbol, others use a bathroom pass and some classes adhere to scheduled restroom breaks. Whichever system your child’s school uses, you’ll find that teachers tend to have varying policies around who’s allowed to go and when.

But those rules aren’t always healthy for children, according to a local pediatric urologist. Between the “one student at a time” policy and the frustrating “Is it an emergency?” follow-up question, kids are often told they’ll need to wait.

“I would say at every clinic, I hear of at least one child who has restricted access to the bathroom,” says Dr. Kristina Suson, a pediatric urologist at the Children’s Hospital of Michigan.

Some educators restrict bathroom use to avoid kids missing critical instruction, to prevent mischief in the halls or during “specials” like art or music because students are already there less often.

“It’s a tough situation because certainly the teachers worry about children that may abuse it, but generally I feel like the schools are pretty good about letting kids have access,” Dr. Suson says.

When free bathroom access isn’t offered, though, parents have reason to be concerned. For starters, “holding it” can lead to embarrassing accidents at school. More serious problems are possible, too.

“Long term, it can create that very situation where children are ignoring the early cues to go to the bathroom and then they will forget to recognize what it feels like,” she says. “That becomes their routine.”

This would be considered an early sign of “dysfunctional voiding,” Dr. Suson says, and it’s more common than you might think. It’s when someone has trouble with daytime or nighttime accidents, the inability to empty his or her bladder completely, and/or urinary frequency or urgency – and “holding it” can predispose kids to it.

“It absolutely is a problem for them and those are the kids that we see in our clinic and we provide notes” for school prescribing on-demand bathroom access, she says. “I’ve only had a handful of kids who’ve gotten pushback.”

Beyond that, urinary tract infections are also possible.

“The worst case scenario, if kids get into the habit of holding it, is that can predispose them to a urinary tract infection – which of course is a problem,” Dr. Suson explains.

In fact, it’s not uncommon for young patients to come in with urinary concerns that only began after starting school. “Patients with totally normal urinary function until they went to school, were told to hold their urine and then develop problems with burning during urination, infection or incontinence,” she says.

“That can lead to kids having a hard time getting their bladder empty, so it’s all connected,” Dr. Suson says.

While it can vary, children should generally be urinating at least once and more ideally two or three times during school hours.

“We recommend that children try to urinate every two hours or so for smaller children,” she says.

Parents should encourage their children to take advantage of any scheduled bathroom breaks and at least try to void during those times. And if your child needs to use the bathroom at other times and is denied? Consider talking to the teacher or school administrator. If that doesn’t work, a note from the doctor can clear up the issue.

“I hate the idea that it has to be an ’emergency,'” Dr. Suson says, referring to the question teachers commonly ask to decide if a child is allowed to go at non-approved times. Instead, children should learn to listen to their body’s signals.

The amount of time children are given in the bathroom is also important.

“When the kids are allowed to go to the bathroom, they should be given adequate time,” Dr. Suson emphasizes. “If kids are in a hurry and they don’t empty their bladder all the way, then they will need to urinate sooner because their bladder is already partially full and the urine that’s hanging out there can predispose them to infection.”

If you’re concerned about your child’s urinary habits, talk with your child’s doctor. Signs of a problem include burning with urination, urgency, frequency, daytime accidents, and nighttime accidents after the age of 6.

To connect with a Children’s Hospital of Michigan pediatrician or pediatric specialist, visit childrensdmc.org.