With schools closed for the remainder of the year, the district is working hard to implement a number of technology updates in time for 2020-21. From academics to security, here's what's in the works. 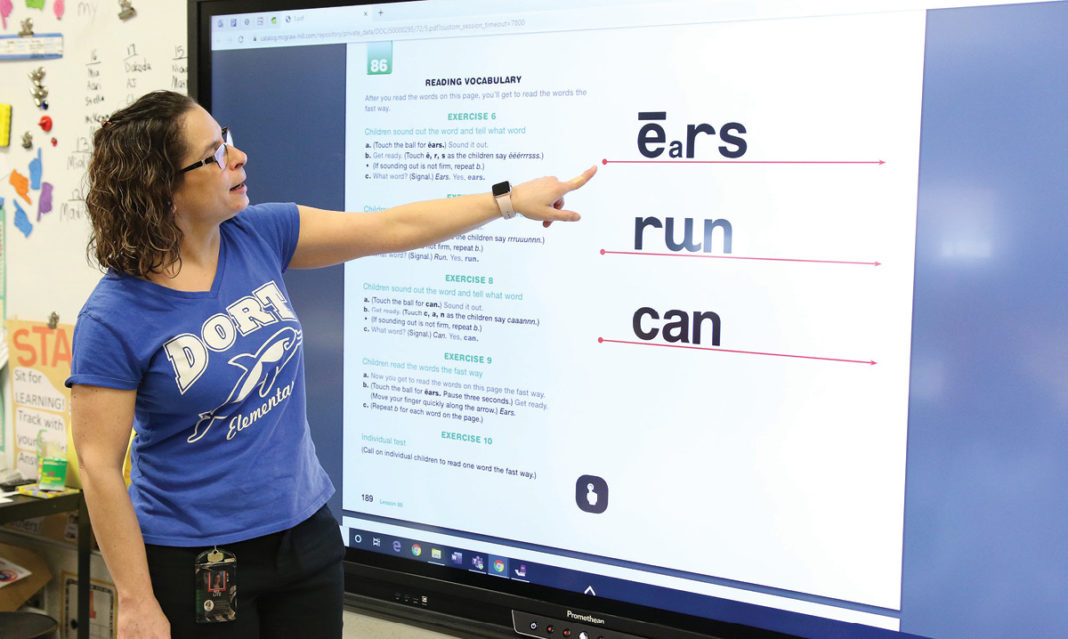 In an attempt to stop the spread of COVID-19 pandemic, Gov. Gretchen Whitmer signed an executive order in early April that abruptly ended the school year for all K-12 students here in Michigan.

But while in-person instruction is prohibited, teachers are still teaching and students are still learning. And though it’s been an adjustment for educators, parents and students, the team at Roseville Community Schools has remained dedicated to student success.

“Since the first of the year, we’ve been deploying laptops to students in grades 3-12,” says Michael Antoine, the district’s technology director. “We’re going to allow the students to keep the technology over the summer to continue to learn.”

At time of press, more than 3,000 laptops have been distributed, and the district is in the process of distributing iPads to K-2 students. These devices will remain with each student during his or her entire academic career with Roseville.

That’s especially important during a time like this, when children don’t have access to their school buildings and the resources they’re used to throughout the year.

When Roseville Community Schools students return to their physical classrooms at the start of the 2020-21 school year, Antoine says they can expect to see some changes in technology. Read on for more about the district’s high-tech focus and what’s in store come fall.

Back in 2018, voters approved a 26-year bond for $59.4 million to help fund school improvements; technology upgrades were among them.

“Roseville did something kind of unique in that, when we passed our bond issue,” Antoine says. “We passed it with two additional refreshes of technology. So what that means is that after six or seven years, there will be money to refresh the laptops and the iPads two more times.”

Upgrades began during the 2019-20 school year, and the remainder of the updates will be complete by the time class begins for the 2020-21 academic year.

The district purchased new computers for all internal staff and computer labs, in addition to applying some upgrades to the headend system, which is the central hub of technology and includes stored information for both teachers and students.

“We are implementing Promethean interactive displays, which is basically a huge tablet that’s in the front of the classroom and it’s 86 inches,” he says.

These will be inside classrooms at every grade level by the time school starts up again. Each classroom will get an updated, upgraded audio system that connects to the interactive display, too.

In addition, all buildings will be equipped with a new security-focused PA system.

“The classroom audio systems have a safety feature for the teachers,” Antoine explains. “It has a panic button that would alert the office if there were an emergency in the classroom.”

New security cameras have replaced an outdated system, as well, and now feature sensors to alert building administrators when someone opens a door — and which specific door has been opened.

The district always wants to stay a step ahead, Antoine notes, and it’s doing exactly that with these upgrades.

Because schools have to conduct distance learning, this platform — which features tools to create content, design lessons and more — is getting a lot of use these days.

Student engagement is key, and technology is a tool to assist student learning, Antoine says.

“My hope is it will engage the student more and make kids want to learn more — based on the tools that we provide them.”

Content brought to you by Roseville Community Schools. For more information, visit rosevillepride.org.

The pronunciation doesn't matter — just know that the new variant is the most contagious COVID-19 strain so far.
Read more
Macomb County Activities

Browse our list of MLK Day Events in Macomb County to celebrate this day of service on Jan. 17, 2022, in honor of the African-American civil rights activist.
Read more
Macomb County Education

Two Macomb experts explain how the county works to keep kids safe in schools and how students, staff and teachers can potentially stop violence before it happens.
Read more
Health

Want to change your workout routine in 2022, but don't know how to find personal trainers in metro Detroit? Here are some pros in Macomb, Oakland, Washtenaw and Wayne counties.
Read more