Our local Zoo's dedication to animal welfare is strong. Learn about some of the Zoo's rescued creatures and critters that have found a safe, loving home at the Detroit Zoo. 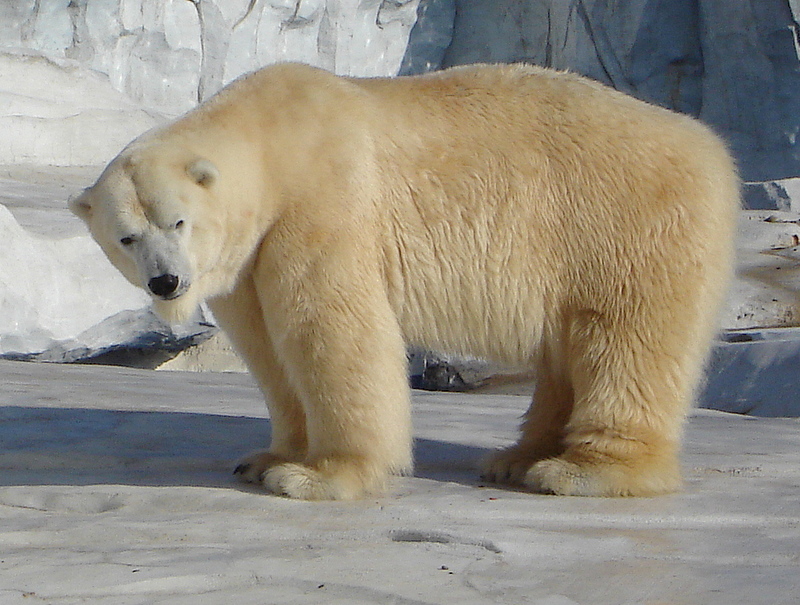 The Detroit Zoological Society’s mission is not only to provide an awe-inspiring, meaningful place for families to experience the magic of wildlife firsthand. It also serves as a trailblazer and advocate for wildlife conservation and animal welfare.

Over the years, the Detroit Zoo has played a huge role in saving and celebrating the lives of animals. In fact, “thousands of animals have been rescued through our efforts and through our collaborations with other organizations as well,” says Dr. Stephanie Allard, Director of Animal Welfare for the Detroit Zoological Society, who also oversees the Center for Zoo Animal Welfare.

“The Detroit Zoo sometimes serves as a temporary residence for these rescued animals. Other times, the animal makes a permanent home at our Zoo. Regardless, the mission is always the same: to provide each of its unique animal residents with a safe, healthy place to thrive – and that means meeting the vastly different needs of a multitude of species,” Allard says.

“The things that make us happy as individuals will differ even if what we need to survive as humans is very similar. That’s the same thing with individual animals,” Allard says. “It’s up to us to understand what those individual needs are and make sure that they’re met so the animal really flourishes.”

There are quite a few furry, scaly and feathered tenants to please (more than 2,400, to be exact!). Many were rescued and brought to the Detroit Zoo.

“We’ve made a very significant commitment to providing a sanctuary for animals that otherwise would not be living a very good life,” Allard says. The Detroit Zoo also assists other zoos that are unable to meet the needs of their animals. A recent example is Tundra, a 29-year-old polar bear that was recently transferred to the Detroit Zoo from the Indianapolis Zoo, which decided to close its polar bear exhibit. In Indy, Tundra was living alone in a domain that needed renovating. At the Detroit Zoo, she’s living in a state-of-the-art polar bear pad with some new furry friends.

Here are four cases where the Detroit Zoo has provided sanctuary and a second chance to animals:

Bärle the polar bear was captured as a cub and performed in the Suarez Brothers Circus in Puerto Rico before her rescue in 2002. Following her rescue, she lived out her days in the Arctic Ring of Life, one of the largest polar bear facilities in North America. Her daughter, Talini, still lives at the Zoo. “Bärle came a long way from living in a tiny cage and performing circus tricks in an unhealthy environment to being a healthy, nurturing mother,” says Patricia Janeway, Communications Director for the Detroit Zoological Society.

“The grizzly boys,” as the Zoo staff calls them, were rescued from Alaska as 10-month-old cubs after their mother was killed by a poacher. These three grizzlies have lived at the Detroit Zoo since December 2011. “They’re big boys. I still call them cubs,” says Allard, who adds the Zoo has monitored the trio in their development as they’ve grown. “It’s been really great to see them become adult bears in the time that they’ve been here.”

Erin, Simba and other lions

Throughout the years, multiple rescued lions have come to the Detroit Zoo, including one rescued from a suspected drug house in Detroit and another from an abandoned property in the city, both during the early 1990s. “In 2009, three lions – including one named Erin who still lives at the Zoo – were rescued from a junkyard in Kansas,” Janeway says. The royal family of Qatar once owned Simba, another current Zoo resident, who is pictured here.

The Detroit Zoological Society assisted in the largest animal rescue operation in U.S. history, helping to save 27,000 animals from an international exotic animal dealer in Texas. “Many DZS animal care staff worked tirelessly for months, giving countless animals their first-ever touch and expert care, including the basics of clean water, nutritious food, enrichment, kindness and respect,” Janeway says. Following the rescue, 1,100 animals came to the Detroit Zoo. Zoo visitors can still visit many of the rescued amphibians in the National Amphibian Conservation Center.

The Zoo prides itself on being a ground breaker in animal welfare, serving as a haven for these and many other rescued animals – and sharing that knowledge and guidance with others. Pay a visit to the Zoo to meet the animals featured here and learn more on the Detroit Zoo Blog about the great strides the Zoo takes to better the animals’ environments and lives.