Seizures and Kids: What Parents Need to Know 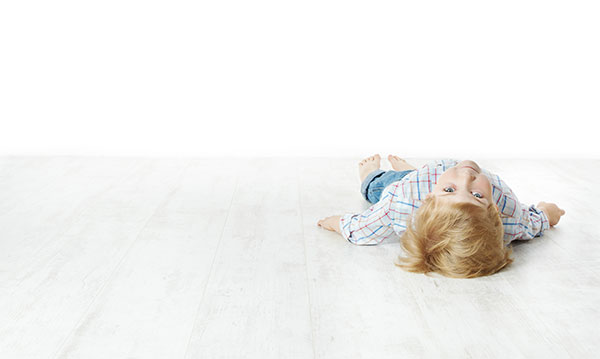 It’s not unlikely a healthy child could have a seizure at some point during his life. In fact, up to 10 percent of the population will have a seizure in their lifetime, but what exactly causes these neurological occurrences isn’t always known. Dr. Mitchel Williams, pediatric neurologist at the Children’s Hospital of Michigan, offers insight to help parents understand what’s occurring if their child ever were to have a seizure – and, if needed, what treatments are available.

What is a seizure?

Although doctors can’t always know exactly what triggered an individual’s seizure, there are some known causes. “Some of the common causes can be related to underlying conditions,” Williams says. Sometimes they’re brought on due to brain injury. In some young kids, they can be brought on by fever (though they typically outgrow this by age 4 or 5, he adds). Some groups Williams says doctors see more often for seizures include individuals with autism, cerebral palsy, and those with intellectual disabilities. Less commonly in kids, seizures can be caused by a tumor or an infection.

However, it’s important to note, not everyone who has a seizure has epilepsy, a neurological disease that causes recurrent seizures (2 or more) that aren’t provoked by something like a fever or low blood sugar, for instance.

Identifying and responding to a seizure

If a person is experiencing what’s called a grand mal seizure, for instance, you’ll notice “sudden change in someone’s metal status” – they could become unresponsive, go stiff and begin shaking, Williams says, adding this is the type of seizure with which many are familiar.

“But,” he says, “there are other types of seizures where people can just become unresponsive, (and) have a blank stare.” You may notice blinking or chewing movements. Williams says these symptoms can sometimes be confused with Attention Deficit Hyperactivity Disorder or other behavioral issues, which can cause the seizures to go undiagnosed for longer. Signs of other more rare types include those associated with atonic seizures, which cause a person to lose tone in the muscles and drop suddenly, as well as myoclonic seizures, resulting in a sudden jerking of limbs or body, but not always loss of consciousness, Williams explains.

If you suspect your child is having a seizure, Williams suggests laying them down slowly on the ground and putting something soft under their head to avoid head injury during convulsions. Be sure to loosen any restrictive clothing and move any objects away from the child. Turn the child to his side so she has a clear airway and doesn’t aspirate vomit. If the seizure lasts longer than five minutes, is your child’s first seizure, or your child isn’t coming back to their previous state of health following the seizure, call 911. Williams also recommends parents try to be mindful of how long the seizure lasts, which can be helpful for doctors.

A few things you shouldn’t do? Do not try to restrain your child while they’re seizing. A common seizure myth is that the person will swallow his or her tongue while seizing. It’s untrue, and Williams cautions parents to avoid putting their fingers or anything else in the child’s mouth, as a seizing person may clench the teeth and may cause injury to the child or the parent.

Following a seizure, if your child returns to “baseline” health, meaning they’re interacting and behaving normally, you should still get to a pediatrician as soon as possible. A pediatrician may recommend taking the child to a neurologist.

Doctors can run tests, such as an electroencephalogram (EEG) to assess the brain’s electrical activity, or perform magnetic resonance imaging (MRI) to look for any underlying conditions. Blood work and genetic testing may also be done.

Williams says first-time seizures don’t meet an epilepsy diagnosis (this would be two episodes). And rest assured, there are treatment options available for seizures. There are many different antiepileptic medications to stem seizures, which Williams says lead to about two-thirds to three-fourths of kids to become seizure-free. Kids who don’t respond to medication who have specific types of epilepsy can be treated with implantable devices, surgery and even special diets.

These top theater groups in Macomb County offer tons of kid-friendly stage shows this fall and beyond.
Read more
At Home

Watch This, Do That: Hocus Pocus 2

The Sanderson sisters are back and are ready to stay this time as they wreak havoc on Salem. Watch now on Disney+.
Read more
Guides