This West Bloomfield resident rode SMART's FAST bus from her fertility specialist to work each day. 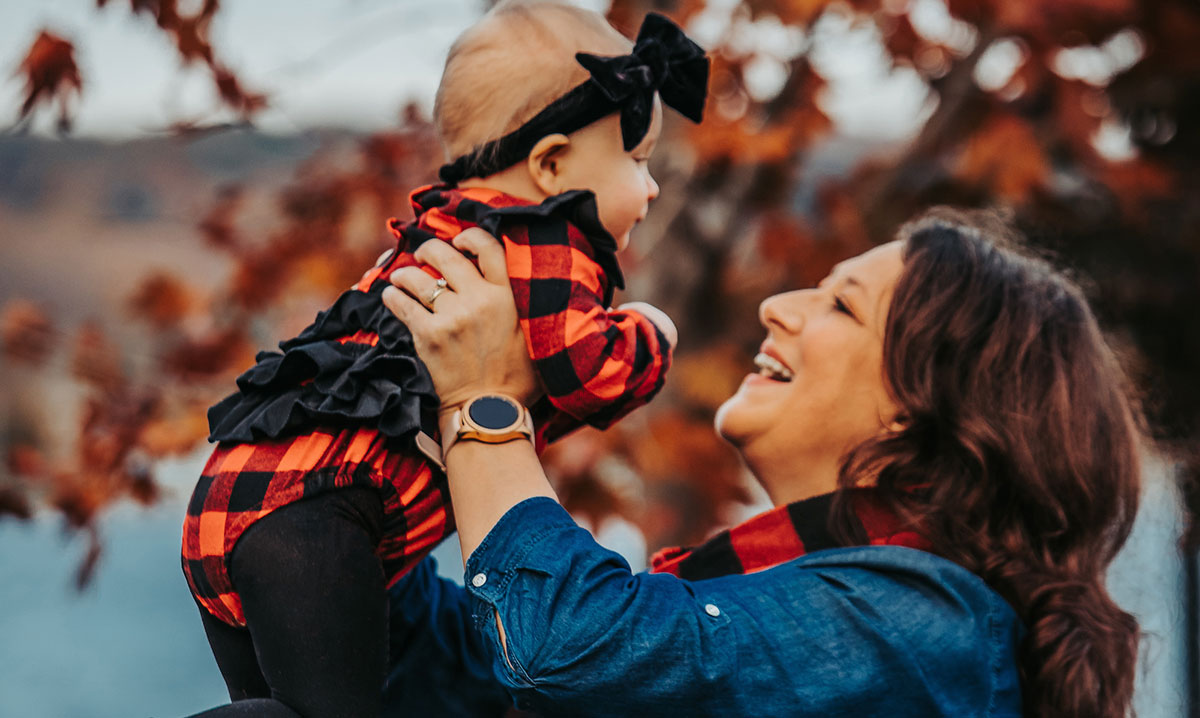 In September 2017, Angela Braund of West Bloomfield embarked on her journey to motherhood. That road was paved with multiple rounds of fertility treatments, resulting in the birth of her daughter, now 11 months old.

Balancing early morning fertility treatment appointments with a career in technology could have been too much for Braund, but she found solace in the hour-long SMART bus rides from her fertility clinic in Troy, to her job in downtown Detroit.

Braund, a SMART Bus rider of over nine years, traveled the 851 Park & Ride route from West Bloomfield to work each day. When she began fertility treatment, she quickly noticed that a FAST bus stop on Woodward Avenue had a pick-up spot just two driveways away from her fertility clinic. That stop gave Braund a much-needed tool in tackling infertility: the ability to commute from her appointments to work without having to deal with the stress of driving downtown.

When she found out her appointments were going to be very early in the mornings, she wondered how she was going to make it all work and nearly lost heart. But, thanks to SMART, “I was able to keep hope,” Braund reflects.

Those rides from Troy to Detroit provided Braund with some much-needed “me” time before heading into the office, but they also provided a way for her to get a jumpstart on work.

“I was able to go to early morning appointments and make it to work on time without having to use any of my PTO to deal with my fertility situation,” she says.

Blood work, various tests and more can cause serious stress on anyone dealing with infertility. “Especially on the days where you go in to get blood drawn to see if you are pregnant or not – that was the kicker,” she adds.

It’s impossible not to be distracted on days like that, so Braund’s choice to ride the SMART FAST bus was also a safe one. Braund let someone else handle her commute so she had the time to meditate, listen to podcasts and simply relax before jumping into the workplace.

She continued to ride the SMART Bus to work until she went on maternity leave. She still uses it today. “I ride the Park and Ride every day and ride the FAST bus about once or twice a month,” she says. “It’s totally flexible. It provides you with options.”

Driving downtown and trying to find parking is stressful for anyone. Not to mention, with the number of distracted drivers on the road in any city, it can be scary being behind the wheel.

“You can multitask and get things done for your family and yourself,” Braund says of utilizing the SMART Bus system. In addition, you can save on your carbon footprint and even save money.

“It allows you the freedom to go on an adventure into the city for a concert, festival or a ball game if you want. I’m a huge advocate,” she says.

Lori Orlinsky -
Plus some tips on how to get your kids excited about the task.
Read more
Macomb County Activities