Summer Dangers: Top Reasons Kids End Up in the ER

What are the most common reasons children have to pay a visit to emergency rooms during the warm weather season? Dr. Rajan Arora of Children's Hospital of Michigan shares insights. 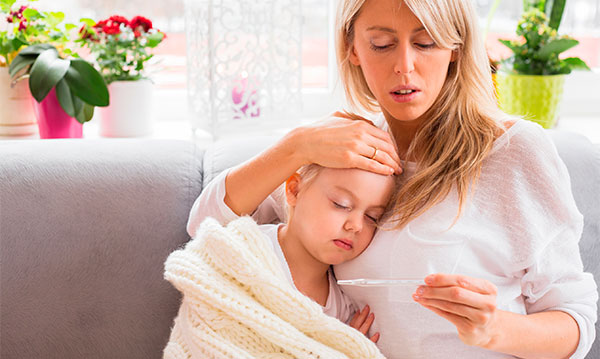 Chances are, you’ve at some point or another had to sit at the emergency room with a sick or injured child. It’s not an uncommon occurence here in the United States. According to recent data from the government’s report on health in the country, about 14 percent of kids 6-17 and nearly 23 percent of those under age 6 visited the emergency department one or more times in 2014.

But why do kids children end up in the ER so frequently? It’s really a mix of ailments. The most common reasons range from illness-related problems like fever, cough, vomiting, sore throat, difficulty breathing to accidental injuries, explains Dr. Rajan Arora, an emergency department physician at Children’s Hospital of Michigan in Detroit – and some fluctuate depending on the season.

“Respiratory illness and injuries are the most common reasons for ER visits, in younger and older children respectively,” Arora says.

Although respiratory complaints contribute to ER visits throughout the year, they are more common in winter – the cold and flu season, Arora says. Children will come in with trouble breathing, croup, infections, high fever, vomiting – sometimes pneumonia.

During the summer months, accidental injuries contribute to a spike in visits, he notes. ‘This is the season when kids are swimming, riding bikes, hanging out near fireworks and partaking in family fun activities outdoors.

The No. 1 reason Arora says parents bring their kids to the ER is fever. He says running a fever is a “frequent cause of parental concern” – but shouldn’t be. “Most fevers are just a sign that the child is fighting off an infection,” he says, adding, “there is no evidence that fever itself worsens the cause of an illness” – or that it could cause long-term neurological complications.

Rather than rushing to the ER, he suggests parents “make the feverish child comfortable rather than bringing the temperature down to normal.”

There are times when a fever would warrant a trip to the ER, he says, like if the child is less than 2 or 3 months old and has a fever of 100.4 or more, if the child is crying inconsolably, is lethargic, unresponsive or is experiencing respiratory issues.

“When the child is sick or hurt it can be difficult for parents to determine whether the child needs emergency attention or not,” he explains. “In case the parents are unsure or uncomfortable about the child’s condition or unable to access the primary care provider they should treat it like an emergency.”

Some surefire signs of emergency include “if they are choking, they’re not breathing or lips are turning blue, call 911.” Extreme vomiting and/or diarrhea accompanied by a struggle to keep food down, lethargy or blood-in-stool should also be addressed in the ER.

“For injuries, call 911 if they have sustained a serious head injury,” Arora says. Bring your child to the ER if they have a deep wound, eye injury or broken bone that has caused loss of movement or is sticking out of the skin.

As for a routine cold, flu, earache and minor scrapes and bruises, Arora suggests parents seek care at the child’s pediatrician’s office or at an after-hours urgent care.

How to prevent injuries

“Accidental injuries, in spite of being largely preventable, are a global epidemic,” Arora adds, citing a statistic that estimates nine million children are treated for accidental injuries each year in the U.S. – though most aren’t fatal. However, about 12,000 families do lose a child each year due to these injuries, he adds.

“You just have to be very cautious and vigilant,” Arora says. “We can certainly reduce these numbers.”

Should your child need emergency treatment, call 911 or visit the Children’s Hospital of Michigan emergency department, with locations in Detroit and Troy. Learn more at childrensdmc.org/pediatric-emergency-department-ed.