Surprising Poison Hazards in Your Home

Think you've childproofed your home? Not so fast. Parents may be shocked at what potential poisons may be in plain sight. Get the scoop. 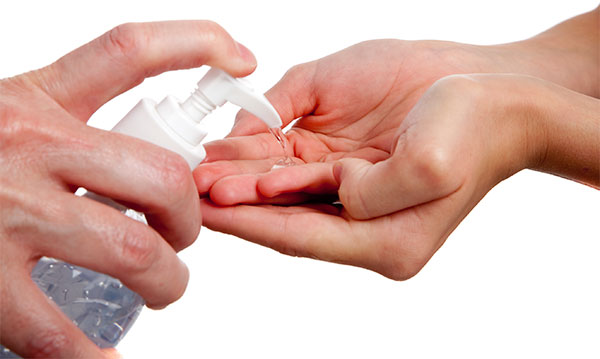 Think you’ve got a handle on just what products pose a danger to your child? Think again. Parents can lock away cleaning supplies and childproof cabinets where medicine is stored, but that’s just the tip of the iceberg.

National Poison Prevention Week is March 20-26, 2016 is a good time to educate yourself on surprising poisoning hazards that just might be lurking in your home.

Have a container of those colorful, detergent-filled packets sitting in your laundry room? No doubt they make laundry so convenient and mess-free, but they’re a huge, newer danger to kids. “The poison control center has received over 33,000 calls on those laundry packets since 2012,” Moss says.

The packets are particularly appealing to kids, Moss says, because they’re colorful and they look like something edible – like candy. The detergent within is concentrated, which means “the liquid that is inside of it is extremely potent.” Even if it’s not ingested, the detergent can easily burn skin, she says. Because these packets are made to dissolve in water quickly, a child’s drool-covered hands and mouth will begin dissolving it upon contact.

It is important to keep these items out of sight and out of reach, Moss adds. She suggests storing the packets in the original container that can be more difficult for a child to open, but notes she encourages parents to “go back to the old-fashioned stuff.”

Eating a handful of tasty gummy vitamins surprisingly is a significant threat to children due to iron poisoning. “To a child, a lot of medicines look like candy – especially the chewable vitamins.”

The real danger, Moss says, is that parents think nothing of a child consuming too many vitamins, and may not call poison control or seek medical attention. “But statistics show that children have died from as little as 200 grams of iron,” she says, which can cause stomach damage and other organ damage, too.

Got this attached to a diaper bag or floating around in a purse? Beware. “The alcohol content from hand sanitizer ranges from 40 to 95 percent and most of them have 60 percent ethyl alcohol,” Moss says. For context, she notes a glass of wine as 10 to 15 percent ethyl alcohol and a beer has about 5 to 10 percent.

“So hand sanitizer is way, way, way more potent than your average alcoholic drink,” she stresses.

Keep hand sanitizer out of reach and do not allow your child to use it unless supervised by an adult, and only allow him to use a small amount. Allow it to dry on hands completely. But instead, Moss says, make actual hand washing a priority.

Alcohol poisoning can also come from perfumes, colognes and mouthwashes, so just be aware of these sources. “A lot of the things that we lay around, we don’t think about them as being toxic,” Moss adds.

These small button batteries come in talking books, musical greeting cards, hearing aids, some toys and other common household electronics – and they’re easy for a kid to pop in their mouth.

“The problem with the button batteries is on the X-ray, it’s the same size as a nickel,” she says. If the doctor cannot see the inscriptions on the battery, the physician may suggest letting it pass naturally, thinking it isn’t a battery. “Over 2,800 kids are treated annually in the ER,” for swallowing these batteries, she says.

Moss suggests putting a piece of duct tape over the battery door on any electronics containing these batteries in an effort to slow down a child trying to open it.

If you suspect your child has swallowed a button battery, do not allow the child to eat or drink anything, do not induce vomiting and take the child straight to the hospital. These batteries are caustic, meaning they can chemically burn the esophagus and stomach lining, Moss says.

Should your child get into these or any poisons, call poison control immediately, Moss says – unless the child is showing symptoms, then call 911. Parents should also keep syrup of ipecac on hand to induce vomiting – but “don’t administer it until you’ve spoken to a professional.” Some poisons are harmful to bring back up.

The best poison prevention method? “Nothing takes the place of constant supervision,” Moss says. “There’s no such thing as enough locks to leave a child in a room by themselves.”