The Benefits of Unstructured Playtime for Kids

Structured activities have their perks, but every kid needs time to just play. Here, Dave Byrum of Kids Gotta Play offers tips on making the most of your child's unstructured playtime. 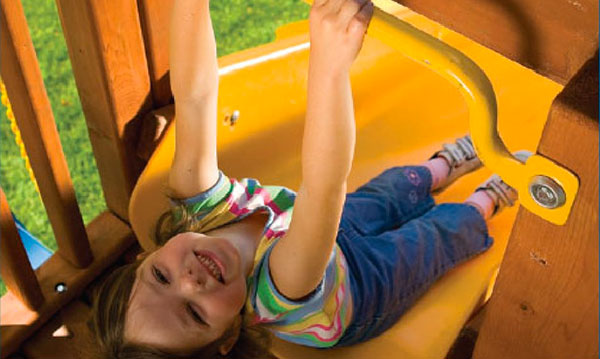 The science on the benefits of unstructured, or free, play is clear: it stimulates brain development. Numerous studies including a notable one from the American Academy of Pediatrics indicate that free play plays an important role in social, cognitive and emotional development among children and helps them build a healthy reserve of resilience.

Despite the research emphasizing the importance of unstructured play time for kids, it’s not always made a priority by their parents, says Dave Byrum, owner of New Hudson- and Utica-based Kids Gotta Play, the only Michigan dealer of the Rainbow Play Systems® line of equipment.

“We live in a world where many parents feel they have to fill up their kids’ time,” notes Byrum who has been in the business of play for 20 plus years. “People wear themselves out feeling they have to structure their kids’ play time, sign them up for class after class. They see everything as a teaching moment.”

A 2014 study out of Germany revealed that adults who recalled a substantial amount of unstructured play as children now experience high levels of social success as adults. Likewise, researchers found a positive correlation between study participants’ amount of free play as children and their self-esteem and flexibility to adjust as adults.

Given the importance of play on long-term social development, Byrum suggests that in addition to planning structured activities, parents plan unstructured time for their little ones to explore and imagine. In doing so, he maintains, parents may learn a thing or two about their own kids.

“Just let them go,” he says. “And then watch what they do. You’ll learn what they like and what they don’t like. At the park, you’ll be able to observe how they interact with other kids. You’ll see what games or playground equipment they gravitate to. You’ll notice them begin to develop their own games.”

The play equipment in kids’ own backyards can be the backdrop for the unearthing of pirate’s treasure, the slaying of fire-breathing dragons or the setting for their first entrepreneurial venture as lemonade proprietors.

“One day your backyard playset may be a ship, the next day it may be a race car,” Byrum says.

A child’s imagination can be aided by add-on playset pieces like binoculars, a ship’s wheel or walkie-talkies, Byrum says. Other playset features like a hamster tunnel, billy goat bridge or a tire swing can mean hours of imaginations running wild.

“All of our products are designed with safety in mind,” says Byrum, of parents who may be uneasy about backyard playsets. “You must be out there with your children especially if they’re very young, but you can relax and let them play freely.”

Byrum notes that parents of older kids feel at ease knowing that their children are just in the backyard.