The Power of Mindfulness

What it really means to practice mindfulness – and how to teach your kids this important mental health tool. 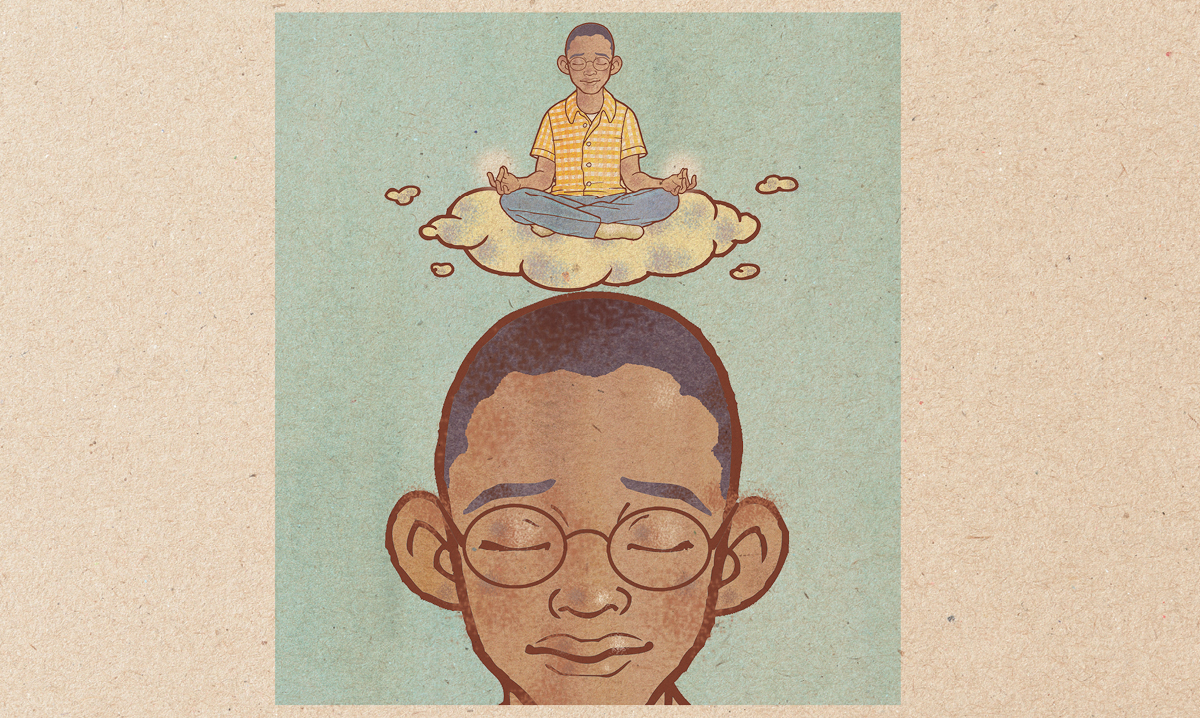 Mindfulness is more than a buzzword. It’s a powerful mental health tool that experts say can help people of all ages with anxiety, depression and other disorders. But what is it, exactly, and how can you use it?

Although there’s growing interest in the concept, mindfulness has been around for ages, says Dr. Krystal Waldo, Ph.D., a clinical psychologist at Thriving Minds behavioral health clinics in Brighton and Chelsea.

“Mindfulness has been around for a really, really, really long time. It has roots in Buddhism,” she says. “But mindfulness as a therapeutic intervention is relatively new to a lot of people.”

The most common and well-researched intervention that uses mindfulness is mindfulness-based stress reduction, which has been used to treat pain, anxiety and depression. Mindfulness is also used as a component in other therapies, Waldo says.

Mindfulness can be explained in various ways, but its “guru,” Jon Kabat-Zinn, the founder of mindfulness-based stress reduction, defines it as “paying attention in a particular way, on purpose, in the present moment, and non-judgmentally,” Waldo explains.

“But for a lot of people that’s like, ‘What? What does that mean?'” she says – and that’s especially the case when introducing the concept to kids. “I think the biggest part of that is paying attention in the present moment.”

People with anxiety, for example, are often overwhelmed with thoughts about things that have happened in the past and things that could happen in the future.

“That leads us to experience a lot of usually negative emotions,” Waldo says. “Mindfulness says, ‘let’s bring it back to the present moment, let’s focus on the present.’ What’s going on now? What are the thoughts that you’re having? Rein it in and then, while you’re doing that, you’re doing some kind of meditation, deep breathing or body scan that helps you to be in the present moment.”

Once you’re focused on the present, you may be able to move on from the negative thoughts or you’ll be better equipped to address them. Mindfulness can be used to help a child through a meltdown over something insignificant, for example – essentially using it as a tool to help with emotional regulation. Or it could be used to help a child get in the right mindset to tackle bigger concern – “to get in a good place, where emotions aren’t as heightened, so they’re able to talk about it.”

“It sets them up to be in a good place to problem-solve,” Waldo adds.

When emotions are high, the prefrontal cortex of the brain “kind of shuts down,” she says.

“That’s the thinking part of our brain,” she says. “Mindfulness really helps calm us down.”

In addition to use by mental health care providers such as child psychologists, mindfulness-based interventions can easily be used at home and in school settings. Some teachers have even incorporated five-minute breathing exercises into their morning routines.

It’s always best to “practice” the strategies when kids are feeling good, so they’ll feel confident doing it when they’re having more intense emotions, Waldo notes. If you try it at home, be sure to get involved in the exercise with your child.

“If you’re feeling frustrated, show them that you’re being mindful. Take five minutes to take deep breaths or do a body scan. Let them see that you also have these emotions and thoughts, and you also have to be mindful and bring yourself to the present moment,” she says. “It’s OK to have emotions. It’s OK to have these thoughts. This is one way to become more aware of how we’re feeling.”

“A lot of the parents like those, so they can do it with the kids,” she adds.

Using these strategies at home, and talking about things like mindfulness, can have an impact beyond the intervention itself by helping to reduce the stigma of mental illness.

“It shows that everybody needs to work on this – everybody has emotions. Everybody feels this way sometimes,” Waldo emphasizes. “I think there is progress being made, but I think there’s still a lot we need to do.”