Ticks and Kids: How to Prevent Tick Bites and What to Do if You Get One

Here’s what you need to know about tick risks and how to help keep your family safe. 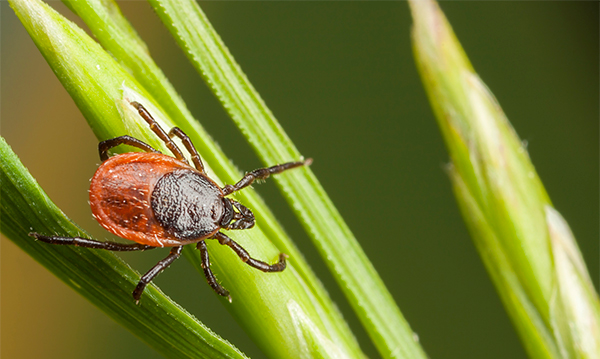 Parents will need to be extra cautious this summer as they prepare for outdoor activities like camping and hiking. The risk of coming home with a tick – and one of the dangerous diseases they carry – is real and rising.

Reports indicate that ticks are spreading into southeast Michigan, driving up cases of tick-borne illnesses such as Lyme disease. So what can parents do to stay safe? It starts with prevention, says Denise Kolakowski, interim education outreach coordinator at the Michigan Regional Poison Control Center, part of the Children’s Hospital of Michigan.

“If you’re in an area where you know there’s a high probability of tick infestation, then parents would be prudent to use some type of insect repellent. Every time a child or anyone is bitten, this can increase their chance for contracting an infection,” she says.

It also helps to wear long pants and even tuck pants into your boots.

“In warm weather this is not always the way that people go into the wooded areas. In that case, you’d want to use an insect repellant,” Kolakowski says.

Not all bug sprays are safe for children. Repellents containing DEET should only be used on children in lower concentrations, she points out.

“Insect repellents should never be applied underneath the clothing,” she says of bug sprays. “That could increase your chance of a reaction.”

Tick awareness is also key. Parents should get in the routine of doing a tick-check on everyone in the family after an outdoor activity or before bed while camping.

“Once [ticks] attach, people don’t necessarily know that they’re there,” she says.

So be sure to check all areas of the body, paying special attention to hidden areas like the scalp, back of the knees and between toes. Ticks can easily hide in hair, she says.

“Many people find ticks when they start brushing or combing the hair and they’ll feel something hard,” Kolakowski says.

Parents should be prepared on what to do if they do find a tick on someone in their family. It’s a good idea to have a “tick kit” on hand with tweezers and other supplies.

“If there’s a tick on your child, you need to make sure that you remove it very gently,” Kolakowski says. “One of the best ways to do this is to use a clean pair of tweezers. You want to remove it by the head; don’t pull off the body because the head can become detached and embedded in the ski2.”

“Other supposed methods of removing ticks, such as burning them off, are not recommended. Once it is removed, the area should be cleaned with a topical antiseptic and bandaged.

“Watch for signs of infection after that point,” Kolakowski recommends. This includes increased redness, swelling or discharge. “Those would be reasons to seek medical care.”

Also see your doctor if you notice any flu-like symptoms or the bullseye-shaped rash that could be associated with Lyme disease.

“It’s very distinctive. This is not something that necessarily happens right away,” she says. “A bullseye rash has a red center, a white ring around it and red around that. If you suspect that the bite was from a deer tick, it’s a possibility. That said, not all deer ticks carry Lyme disease.”

While Lyme disease is a serious risk, ticks can also spread other illnesses and you should talk with your child’s doctor about any tick or insect bite concerns.

“You need to make sure that children are always up to date on their immunizations,” Kolakowski says.

And as difficult as it may be, parents should do their best to stay calm.

“With any insect bite, we wouldn’t want parents to panic. There’s no reason to panic right away,” she says. “Obviously your child might be upset that they have a tick bite. You need to just make sure to follow the steps: remove the tick, wash the area, bandage the area and then watch for signs of infection.”

Take tykes for mini frights or have terrifying fun with your teens this Halloween. Find haunted houses in Detroit, Ann Arbor and other cities in southeast Michigan.
Read more
Sponsored Content