Tips for Coping with Ear Infections

Why do ear infections occur, can you prevent them and how can you comfort a child in pain? We've got some insights. 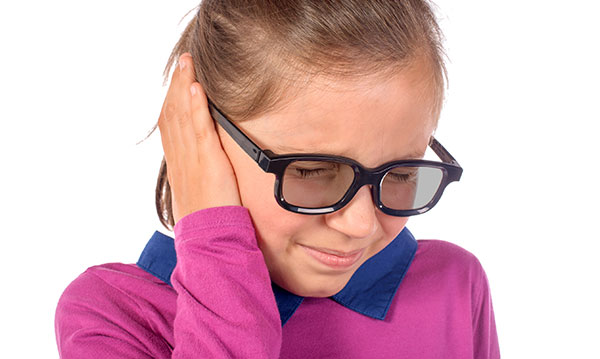 Ear infections are nasty business. And unfortunately, there’s not much mom and dad can do to prevent them, says Dr. Bianca Siegel of Children’s Hospital of Michigan, who is also an assistant professor of otolaryngology at Wayne State University in Detroit.

“They are most common I would say in children under the age of about 3 and then generally become less frequent,” she explains.

Why do these infections seem to occur in youngsters so often? Because the Eustachian tube, which connects the middle ear to the back of the nose and is responsible for helping to aerate the ear and keep fluids out, is still developing, Siegel explains.

Signs of an ear infection include increased irritability and fevers, and parents may also notice their child pulling or tugging on their sore ear.

“Most ear infections are actually viral and most will get better within 72 hours on their own without necessarily needing antibiotics,” she says. “When they persist for longer than that or are associated with high fevers, they do require antibiotics to be treated.”

Parents should seek medical attention if pain lasts longer than 72 hours, if they notice redness or swelling of the skin behind the ear, if the child is displaying a change in behavior and mental status or has a consistently high fever.

In the meantime, the most parents can do is keep kids comfortable. “Like with any viral illness, hydration is important and there are also over-the-counter numbing eardrops that can help soothe some of the pain in the ear, which can help as well,” Siegel says. Other at-home treatments include olive oil drops and warm compresses.