To Keep Your Child Active and Healthy, Think Outside the Box

Through an initiative called Project Play, the Aspen Institute and its partners are working to boost the numbers of kids engaged in healthy, active sports and play. We share their parent tips for reimagining kid-focused play. 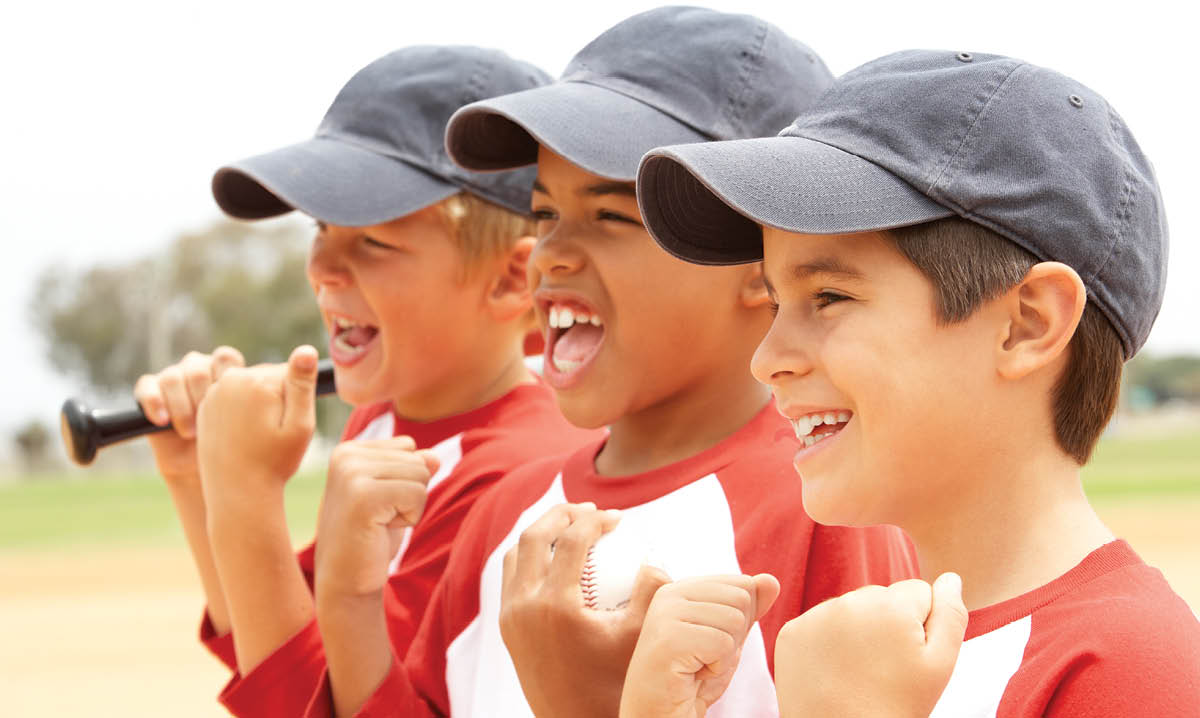 Picture a 7-year-old in a baseball jersey sitting before a mic at a press conference announcing his “retirement” from sports. It seems like a meme, yet parents who struggle to keep their kids engaged in sports — and physical activity in general — get it.

But the child who quits after just two practices isn’t necessarily being lazy or difficult. She may actually be telling you something about the state of organized sports.

“When my son was 5, he had an awful experience with T-ball. It was too competitive, coaches were arguing, fans were yelling at umpires, and he played outfield with no rotation. He got bored and retired a month into the season, and only played one more season of team sports again,” says Jon Solomon, father of two and editorial director with the Aspen Institute Sports & Society Program’s Project Play initiative.

“Project Play started in 2013 to try to reimagine youth sports through health and inclusion. We want every child to have the opportunity to access sports regardless of ZIP code or ability,” Solomon says. To help parents encourage their kids to return to the playground, Project Play offers eight strategies. We share some of them here.

Ask kids what they want. Parents blame video games for children’s inactivity, yet kids crave the user-focused experience they get with electronic games. Video gaming is inclusive to all, with no coaches and no parents critiquing every move, Solomon says. “We know that kids’ No. 1 reason for playing sports is to have fun,” he says. Parents can empower themselves to incorporate kids’ voices into sports programming to make it more kid-focused — even if it means that winning isn’t at the top of the wish list.

Reintroduce free play. Legitimate safety concerns and overscheduling edge out free play, the time when kids experience physical, mental and social-emotional growth. Solomon encourages parents to coordinate free play, either at home with neighborhood kids or in a park. Or, be a good role model. “Go outside with your kids to shoot hoops or play catch. Go for a walk or a jog, and your kids will pick it up,” he says.

Encourage sport sampling. Early specialization comes from the parent’s chase for the athletic scholarship, Solomon says. “There’s nothing wrong with trying to do your best and aim for your dreams, but at what cost? At increasingly younger ages, kids are picking, or are forced to pick, a sport they will play year-round,” he says. Using the same muscles in the same body movements increases the risk of injury and burnout. With physical literacy as an alternate goal, parents can be active themselves. “The most active kids have active parents. Try more activities yourself and your kids are likely to try them, too.”

Revitalize in-town leagues. Competitive travel sports for young children have grown in recent years. “Travel sports have become commercialized and popular,” Solomon says. “Parents should understand what they are getting into.” Time committed to practice and travel may not lead to equal playing time, which can be demoralizing for young kids. A balance between recreational and competitive offerings requires investment in the quality of house or recreation teams, as well as discouraging the stigma of playing in local leagues just for fun.

Think small. In communities where parents serve as coaches and sports league administrators, they can work to leverage resources for all kids. “Transportation is an issue for a lot of kids who can’t access play spaces or where they need to go for games,” Solomon says. “Even one mile can be far, so we need to be thinking about other ways to utilize our communities creatively. Shared-use agreements between sports providers and schools, which are great resources because they have facilities, can work.” Small-sided soccer games can be played on mini-pitches or on basketball or tennis courts, for example.

Design for development. When parents recognize that children are not miniature adults and are still growing into their bodies and athletic abilities, they better understand the value of inclusion. “If you are a coach of middle school or younger kids, don’t cut kids from the team,” Solomon suggests. “That can have a direct impact on whether they play sports and it reduces opportunities for them. Project Play is a big believer of equal playing time for kids under the age of 12.”

Train all coaches. Because coaches play a role in whether a child continues to play, it’s important that they are trained in safety, concussion awareness, sports skills and effective motivational techniques, Solomon notes. “Coaches have a role in developing personal growth, not just about sports, but confidence, self-esteem, sportsmanship, character, the value of academics and teamwork.”

Emphasize prevention. Concussions are among the safety concerns parents have regarding sports, which is why policies and rule changes that eliminate or greatly reduce head contact for kids 12 and under should be introduced.

Content brought to you by the Ralph C. Wilson, Jr. Foundation. To learn more about Project Play, visit ProjectPlay.us and ProjectPlaySEMI.org.