New parents and grandparents, study up! From safe sleep and car seats to swaddling and pacifiers, advice to keep baby happy and healthy. 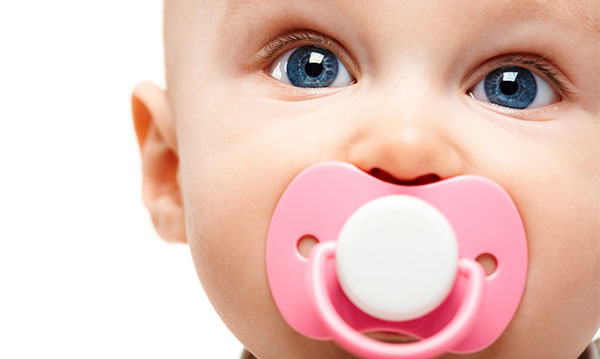 Being a new parent is exciting – and a bit scary, too. After all, there’s so much to remember about taking care of these precious little bundles of joy and keeping them safe from harm.

New parents must have a car seat before they leave the hospital, Moss says. Babies and toddlers should be rear-facing until the age of 2, she adds, or until they’ve reached the maximum weight of their car seat. Car seats should also have a five-point harness, and the car seat should be installed according to the instructions that came with the car seat and the vehicle.

If you’re having any trouble with installation, check with a pro. “Some of those instructions aren’t really user friendly,” Moss says. “It’s best, if possible, to visit a car-seat check.” KIPP regularly performs these for the public.

Sudden Infant Death Syndrome, or SIDS, “is the leading cause of death in infants from birth to their first birthday,” Moss says. “The thing about this is most of the deaths are 100 percent preventable.”

Remember the ABCs of safe sleep:

“We want to make sure that we don’t ever put a child on a couch (or) an adult bed,” she says, adding there should be zero blankets, pillows, bumpers or stuffed animals near the baby to avoid suffocation and over-heating.

Moss says KIPP is spending a lot of time educating grandparents on these safe sleep points, since they may be following older standards. “We do see a lot of babies that end up dying in the care of other caregivers,” she says. Anybody caring for baby needs to know the basic rules and newest recommendations.

The practice of wrapping up a baby can be comforting because it resembles a mother’s womb, Moss says. Never lay a swaddled baby on their stomach and don’t ever lay a baby down to sleep swaddled on their sides, since they could roll onto their stomachs and suffocate. Be sure not to over-tighten the swaddle (hips should be lose and in the right position). Stop swaddling before the baby intentionally starts to roll over and at least by 2 months.

The American Academy of Pediatrics recommends pacifier use at bedtime and naptime. Don’t purchase pacifiers with decorative features that could pop off and choke baby. Never use clip-on cords, either, as they could get caught and pulled around the neck, strangling baby. Make sure they’re silicone and approved for proper orthodontics. Keep the pacifier clean often and before use, boil it for about five minutes to get chemical residue off.

“Never, ever smoke in a house where the baby is at,” Moss says. “A lot of people just don’t know how many chemicals they’re getting in their body from second-hand smoke.”

“Third-hand smoke, the smoke residue that settles in furniture and carpeting as well as clothing is deadly. It is extremely harmful because you still absorb and harbor all those toxic chemicals,” she says. Babies are especially susceptible because they’re crawling on the carpeting and touching surfaces. The only way to keep babies safe from these risks is to be in an entirely smoke-free environment.

“The recommendation for at least the first six months is exclusive breast-feeding simply because breast milk does contain all the vitamins and nutrients in it to fight disease,” Moss says. But any amount of time a mom can breast-feed is helpful.

If bottle-feeding, parents should be aware of proper dilution of the formula. “We see more of too much water added into it than not enough, although both can be a problem.” Too little, and the risk is dehydration. Too much and the risk is water toxicity. Be sure to read the directions on the formula.

Healthy babies do not need extra water in either case of breast-feeding or formula feeding until solid food is added.

Talk to your pediatrician on questions regarding diet, and especially when it’s OK to give your baby solid foods.

Always be sure to avoid those preventable unintentional injuries by baby-proofing your house, making sure there aren’t hanging cords from lamps, coins under couches to choke on and make sure furniture is properly mounted to the walls to avoid tip-over injuries.

There’s much more to learn about taking care of baby – and keeping them safe when they become mobile toddlers, too. KIPP offers a Safe Baby University and Safe Toddler University for parents who want to learn more. For more information, including a class schedule, and to sign up online go to childrensdmc.org/KIPP.