Top Signs Your Child May Have an Eating Disorder 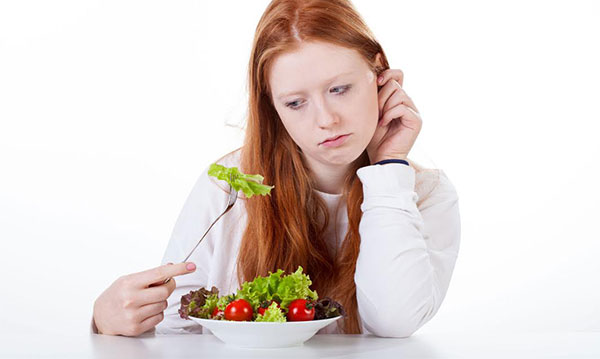 Sulking around the house, avoiding family dinners and dressing in baggier clothes could seem like typical tween behavior – but it may be the tip-off that something more serious is going on: an eating disorder.

“Eating disorders come in all shapes and sizes,” says Dr. Jaime Taylor, director of Adolescent Medicine at Beaumont Children’s. Dr. Taylor works with patients and families at the Hough Center for Adolescent Health in Troy.

These disorders can impact people of different ages at different times in their lives, Dr. Taylor explains. But with the most common eating disorder, anorexia, the median age is around 12 or 13.

“Adolescence is a common time for eating disorders to start,” she says. “Typically, it’s because that’s a great time of change, specifically body change, for young women and young men.”

Researchers have also found there is a genetic predisposition to developing eating disorders. Almost like a switch being flipped, something like wanting to lose weight to be healthier or being stressed can trigger the onset, Dr. Taylor explains.

What parents should watch for

That said, there are a few key signs that can tip parents off. If you notice your child has increased anxiety around food, displays a change in behavior around mealtimes or is uncomfortable eating in a large group, these could be signs.

Tweens losing weight is a red flag, because they should be growing during these years. Teens dressing in baggier, bigger clothing to hide their bodies, or kids making mention of their bodies more frequently are also warning signs, she adds.

Mood changes, though a little more difficult to differentiate from your typical teen behavior, can signal an eating disorder. Watch for depression and anxiety, too.

Boys see media images of other muscular men and can become body conscious as well, trying to achieve these looks the wrong way.

Eating disorders are a sensitive topic, but one parents must broach if they suspect an issue. Parents can express concern by letting their child know, “I’m really concerned about the changes I’ve seen in your eating. I’m worried you’re not feeding your body enough to continue to grow and develop the way you need to.”

Parents can also support their children at home by lending encouraging words that aren’t so reliant on body image, health and fitness.

“It’s really important to focus on the things that are on the inside – their kindness, their intelligence, the things that don’t change based on what you look like,” Dr. Taylor says.

Moms and dads can also be crucial to combatting media images by teaching their tweens what they’re seeing in magazines and on TV is not reality. “If we focus on positive body image and teach young people about media literacy,” she says, “they have greater self confidence and are less likely to develop disordered eating than if they don’t have that education.”

Parents should consult their primary care physician about eating disorders and have their child evaluated. This can be an incredible resource for getting your child the help they need.

Don’t be dismayed about pushing to get medical help if there’s any concern about your child’s health or well being, Dr. Taylor says.

“If there’s something that doesn’t seem right about your kid … and everybody else around you says, ‘No, I think this is OK,’ but you still have that nagging feeling, you should keep going back.”

Think your child should see a specialist at the Beaumont Children’s Hough Center for Adolescent Health? Call 248-594-3142 for more information.