Find out what treatment options are considered most effective when dealing with this prevalent mental illness. 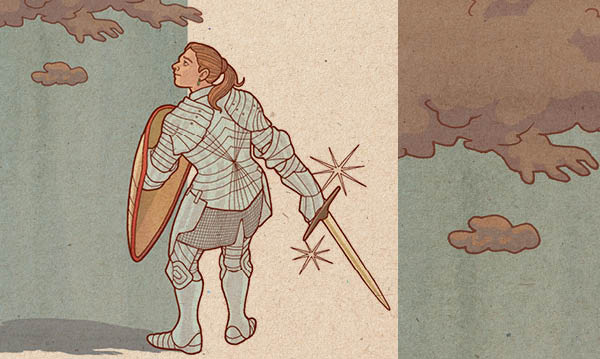 Depression is a real and often debilitating disorder affecting more than 300 million people of all ages around the world.

Despite the vast number of people facing depression, the illness remains misunderstood in many ways. Unlike the occasional “blues” or situational ups and downs, depression is a serious mood disorder causing persistent sadness, loss of interest in usual activities and changes in thought and behavior. It can even lead to suicide, which is the second most common cause of death for people ages 15-29, according to the World Health Organization.

Acknowledging the problem and getting help is critical, says Dr. Marcia Valenstein, M.D., professor of psychiatry at the University of Michigan.

“People with untreated depression may suffer not only from low mood, poor energy and poor sleep but also suffer adverse physical health consequences, with worsening of chronic pain, diabetes control and other issues,” she says.

Other potential problems include decreased productivity at work and relationship issues, making those suffering with depression more likely to become unemployed or deal with breakups.

Fortunately, depression is highly treatable. The most common treatments include antidepressant medications and psychotherapy, Valenstein says.

These methods are proven to be effective for even severe cases of depression, but the earlier treatment starts, the better, according to the National Institute of Mental Health.

It’s not always a quick fix, so people should be prepared for some trial and error to find the right medication or type of therapy.

Lifestyle changes can also play a role in depression treatment.

“Exercise is an important way to decrease the severity of depression,” she says.

Light therapy – which involves exposure to an artificial light source that mimics sunlight – is also an option, especially for those with seasonal depression, Valenstein says. The effects of diet changes are still being evaluated.

Of course, those with depression may hear about a wide range of alternative ideas promising to help with the disorder. People should talk with their health care providers about treatment options and also consider the research behind each method.

Beyond medication, therapy and a healthy lifestyle, it’s also helpful for people who have depression to avoid withdrawing from the activities they once enjoyed.

“We recommend staying involved in important areas of life, including social events and other productive activities,” Valenstein says. “Withdrawal from usual activities – going to classes, having dinner with friends, etc. – can result in social isolation and worsening symptoms.”

And you don’t necessarily need to “feel like” participating for it to be worthwhile, Valenstein points out.

“Even if people do not experience their previous level of enjoyment of their usual activities, it is usually preferable to still ‘show up’ and be with others,” she says.

People with depression and other mental illnesses often face a difficult stigma in society in addition to the symptoms of their disorder. While awareness is improving, the fear of being labeled due to negative stigma of mental illness can mean some people avoid or delay treatment.

“Stigma likely plays a role in delaying treatment. Some people wait until their symptoms are severe before seeking treatment,” Valenstein explains. “However, despite stigma, depression treatment is now very common. About 13 percent of the U.S. adult population takes antidepressants.”

Ring in the school year and kiss summer goodbye at one of these Labor Day events happening in Macomb, Oakland, Washtenaw and Wayne counties in 2022.
Read more
At Home

Canning or otherwise preserving food can extend the shelf-life of your produce but it's important you do it safely. A Macomb County food preservation expert explains.
Read more
Early Education

What's the right time for your young child to start school? Metro Detroit early childhood experts weigh in on when to start kindergarten.
Read more
Guides

30 Fun Things to Do with Kids Before Summer Ends

Try these activities with your children at home or in your neighborhood before schools starts back up.
Read more