What Every Parent Needs to Know About Lead Poisoning

The director of Children's Hospital of Michigan's Lead Poisoning Clinic shares facts on the threat of lead poisoning and how to treat it. 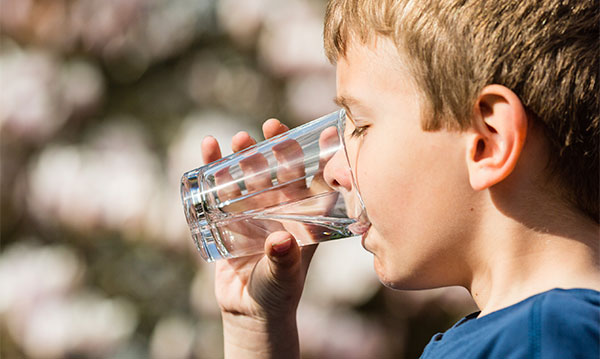 With national headlines tackling the controversy in Flint’s water supply switch and the high lead levels it caused in those who drank the contaminated water, parents here in southeast Michigan may have questions and concerns about lead poisoning. Dr. Kanta Bhambhani, director of the Children’s Hospital of Michigan Lead Poisoning Clinic, talks about common sources of lead, the dangers of exposure and how to treat it.

What is lead poisoning?

While the recent news in Flint has brought the issue to light, “lead poisoning is America’s problem. It is not just Flint’s problem,” Bhambhani says.

It occurs when a person has been exposed to lead, a “naturally occurring toxic metal found in the Earth’s crust,” the World Health Organization says. One of the main sources of lead is household paint in homes built before 1978, which was before lead was banned from such products, the Environmental Protection Agency notes.

Bhambhani adds living in an older home where this paint is chipping or peeling – or even in an area where there are other old, damaged homes – means lead could be in dust.

Though water here isn’t such a huge concern like in Flint, older homes in general may have lead piping, which could lead to lead leeching through water (Bhambhani emphasizes “one would have to drink a lot of water to be exposed”).

Less commonly, a parent who works in a lead-related industry like in certain factories could bring home lead dust on clothing and shoes.

Why it’s so concerning

It can build up in the body to dangerous levels. “There is no normal lead level,” Bhambhani notes, though “anything over 10 microgram per deciliter of blood is considered to be lead poisoning but a level as low as 5 is considered to be a level of concern and needs to be addressed and followed closely.” A pediatrician or family physician can treat and manage most levels under 20, but Bhambhani says typically patients with a level of 20 or greater would be referred to the clinic.

High blood-lead levels can have serious effects on a child’s brain development and nervous system, WHO explains. Young children, specifically those ages 6 and under, are most affected by lead due to the rate of brain development in those first years of life, Bhambhani notes. Plus, little kids have high hand-to-mouth activity, so they absorb and retain a larger amount of the lead. One should be aware that children younger than 6 years of age absorb 50 percent of the lead they are exposed to in comparison to 5 percent in adults. There is greater absorption from the lungs on inhaling lead from dust created at the time of renovation of older homes.

While symptoms of lead poisoning depend on the level in the blood, they may include changes in behavior or difficulty with speech, language, and learning and lack of concentration. However, “the effects may not show up for years after, especially when the child is in school, when the child is being challenged academically.”

Thus, do not wait until your child is showing signs of lead poisoning to act, she stresses. “It is very late if you are waiting for symptoms to occur.”

If there’s any chance your child has been exposed, err on the side of visiting the doctor for testing. Children living in urban areas should be tested for lead regularly, Bhambhani says, starting at about 9 months up through 6 years – and should be tested at least once per year or more if lead is detected in the blood.

Getting rid of lead

Bhambhani offers tips for taking precautions if you’ve discovered a source of lead in your home:

When cleaning, the Michigan Department of Health and Human Services and the Childhood Lead Poisoning Prevention Program suggests:

Should your child have elevated blood-lead levels, Bhambhani encourages a highly nutritious diet, including sufficient protein, calcium, iron and other minerals, fruits and vegetables. In a press release for the Michigan Academy of Nutrition and Dietetics, Colleen Kokx, spokesperson for the group and a dietician with Children’s Hospital of Michigan, explains “an empty stomach is more likely to absorb lead,” thus kids should eat multiple small meals a day. Calcium and iron help protect the body from lead absorption and vitamin C will aid in iron absorption.

For more information on lead poisoning, reference this fact sheet on lead poisoning. Contact the Children’s Hospital of Michigan Regional Poison Control Center in the event of an emergency at 800-222-1222.