When Does Hospitalization Help?

For kids with serious mental illness, hospitalization is at times needed. Find out why and what to expect if your child is admitted for inpatient treatment. 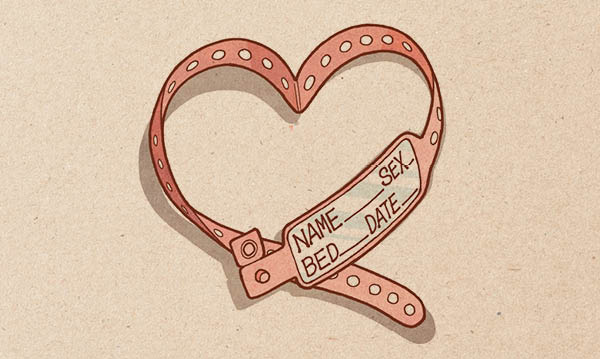 Parenting a child with a mental illness sometimes means planning for the best but preparing for the worst.

For most kids, treatments involving therapy or medication are highly effective. But when things aren’t going well, parents have options to help their kids get back on track – and these could include a brief stay in a hospital.

Mood disorders are a top cause of hospitalization for U.S. kids ages 10-17, according to the National Alliance on Mental Illness. Still, while inpatient treatment is a valuable resource, it’s not typically necessary.

So when is it necessary?

“The main issue is generally safety,” Biermann says. “People need to be in the hospital when they cannot safely be managed or treated on an outpatient basis – for example, somebody with severe depression who’s having difficulties with suicidal thoughts and urges.”

In that case, the hospital can provide a safe place where experts can evaluate the patient, make changes to medications and monitor until treatments are effective.

Hospitalization might also be recommended when doctors need to clarify a diagnosis, Biermann says, as in the case of someone presenting psychiatric symptoms such as hearing voices.

“Do they have something medical going on? Is this a newly emerging psychiatric illness? Hospitalization allows us to watch them around the clock and get a good glimpse into what’s going on so we can give them an accurate diagnosis.”

Medication changes or a “med wash” – taking a patient off all medications and starting over with new treatments – are other reasons for a short-term hospital stay.

Another option is day treatment, which falls between hospitalization and outpatient care. “It’s five days a week, but they live at home and they go to treatment during the day,” Biermann explains.

“In our unit, for example, the kids do art, they go to the gym, they do some exercise, they have educational groups,” Biermann says, adding that parents are allowed to visit and in some cases can even stay overnight with their child.

If you feel your child may require hospitalization, the emergency room is a common place to start.

“From there, (the hospital) can assess whether they’re in need of hospitalization.”

While a shortage of hospital beds in mental units is an ongoing problem that hospitals and mental health advocates are working to address, ERs are equipped to address psychiatric concerns and patients can stay until a bed is located.

“Some patients can be stabilized in an emergency setting,” with a safety plan formed to keep the child out of the hospital, Biermann says – which is ideal. “But oftentimes, it’s not possible to do that … so hospitalization becomes necessary.”

Hospital stays are always a “last resort,” he points out, but serve an important purpose. Don’t be afraid to seek out an expert opinion.

“Parents always know their child best, but they don’t always see them from the eyes of a clinician, someone who has expertise,” Biermann says, and sometimes kids won’t share everything they’re feeling with their parents. “Having somebody other than the parent do that safety assessment is sometimes really critical.”

Fear and stigma continue to impact mental health and the decision to seek treatment. But common misunderstandings are often put to rest once parents realize the power of getting help.

“They wonder whether it’s going to stigmatize their child for the rest of their life. Much of that is unwarranted,” Biermann says. “Once families have the experience of getting their child the help they need, I think they develop an understanding that these sorts of illnesses are very common.”

And it’s always best to err on the side of caution.

“Not every kid with psychiatric (illness) needs to be in the hospital, but when it comes to their safety, it’s much better to have them be in the hospital than to seriously hurt themselves or die by suicide,” he says. “Patients who get successful treatment for psychiatric illness, especially when they’re young, go on to live healthy productive lives. Hospitalization may steer them in the direction of being successful. They’re much more likely to affect their future by not getting the treatment they need than by coming in to the hospital.”