Why Every Mom Needs Life Insurance 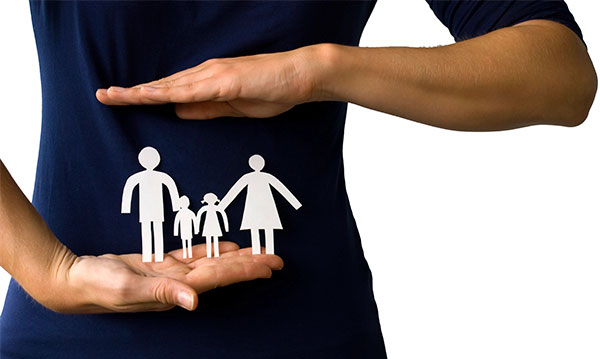 The possibility of not being around to raise your children is something no mother wants to think about.

And while parents hope for the best in life, preparing for the worst is sometimes part of the job description – especially when it comes to having life insurance.

“People don’t want to think about it because everybody wants to be there to take care of their kids,” says April Markland, CLU®, who works as the operations manager at Michigan Term in Troy. “I myself had that problem. It’s a conversation that you have to think about, and I think that’s very hard for any mother.”

But it’s a necessary conversation for families to have because every mom needs life insurance, whether they are working or stay-at-home moms.

As a working mother of a 5-year-old son and four teenaged stepchildren, Markland understands it’s more than just her income that would need to be replaced if she died.

“I think about myself being a working mom and my husband and I both work. Taking care of my son is such a big job and I think that my husband would have a very difficult time getting all of the things done on his own without some help – not just my income but for a lot of different things,” she says. “Help is obviously costly and so you need to make sure that you have insurance there, so your husband can take care of your children.”

According to LIMRA, an insurance research company, the coverage of women who have life insurance is only 69 percent of the average coverage on men. This despite the fact that 4 in 10 households with children under 18 now include a mother who is either the sole or primary earner for her family.

Having life insurance is just as important for stay-at-home moms, since insurance would need to cover the cost of full-time child care, someone to help with driving to and from activities and even help with cooking and housecleaning, she says.

“I think many, many mothers who don’t work outside the home don’t think that they need life insurance because they’re not earning an income. They don’t realize how much they do for their families,” Markland says. “If something were to happen to them, they need to think about who’s going to take care of their children during the day while their husband is at work? Take them to soccer practice, cook meals? Moms do so much on a day-to-day basis that the dad would not be able to do on their own.”

Minimal life insurance policies offered through employers won’t typically be enough to cover everything your family needs without you, she says.

“The cost can be quite high. It’s hard to put a lump sum of money on what I do every day,” Markland says. “Most moms are underinsured.”

Experts typically recommend having life insurance coverage of at least 10 to 15 times your family’s annual household income. Many people have policies that only cover final expenses.

“The bigger picture is, then what happens?” she says.

Markland says her company works with many young families like her own that want a safety net in place in case a parent passes away. Michigan Term offers a wide range of life insurance options and keeps the process simple for busy families.

Moms can get a quick quote online without entering personal information and can talk directly with a local agent, while still having access to policies from big names like State Farm and MetLife.

“The application process is about 20 minutes. You can probably get it done when you’re having a cup of coffee in the morning,” she says. “It is not a long process.”

The medical exam is also simple since a nurse can come to your home at a time that’s convenient for you.

“Beyond that, there’s nothing else that the mom would have to do. We do everything else,” Markland says. “If you can find 20 minutes on one day and a half-hour on another you’re pretty much good to go.”

Since mothers are often the ones in charge of budgeting and planning, the decision on whether to pursue life insurance is often in a mom’s hands.

“It’s something they need to talk about,” she says. “The mom is going to have to bring that conversation up.”