Why Kids Pick Their Skin, Pull Their Hair

These common habits can point to bigger problems. A local expert explains what parents need to know about skin-picking and hair-pulling. 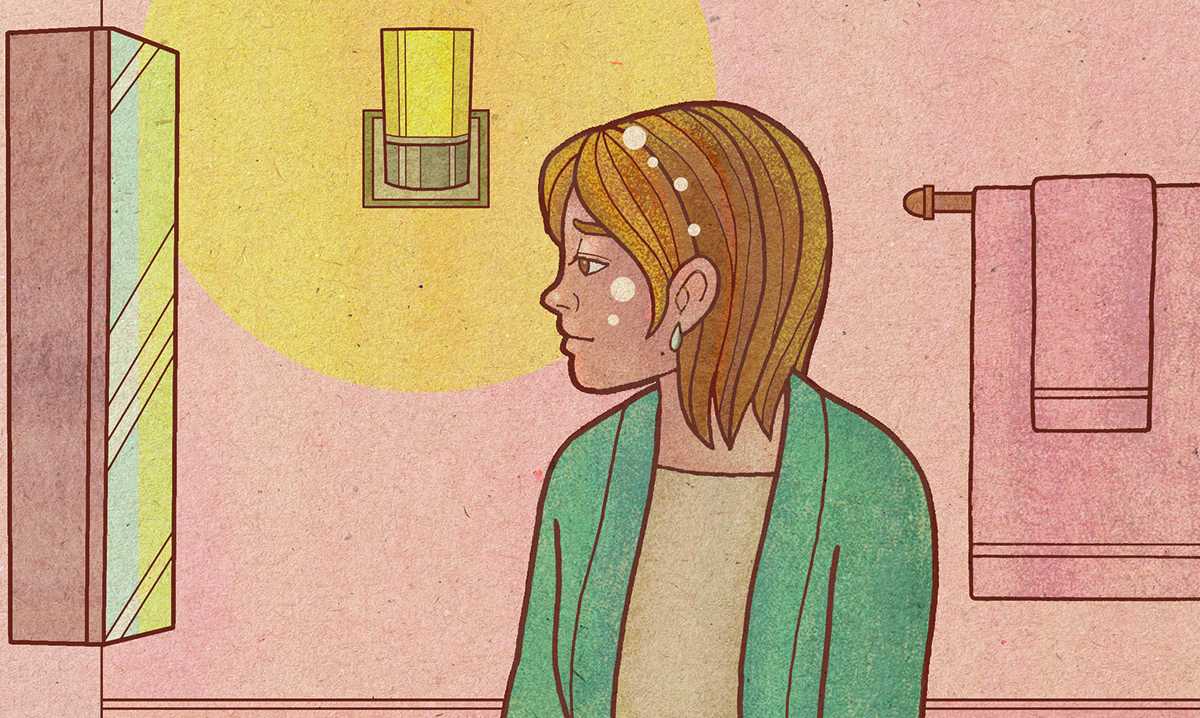 A small spot of missing hair on your child’s scalp. Scabbed or peeling skin around their fingers. Lips that always look severely chapped.

The first signs of hair-pulling or skin-picking among kids might seem mild. But when reminders to stop the behavior don’t work and your child insists that he can’t help it, he or she may be struggling with a mental health condition.

Hair-pulling, technically known as trichotillomania, and skin-picking, known as excoriation disorder, are considered body-focused repetitive behaviors, or BFRBs. Diagnostic guidelines, which changed in 2018, now classify both as subtypes of obsessive-compulsive disorder.

It is estimated that between 2 to 5 percent of Americans suffer from hair-pulling, Lokers says, but the true prevalence of all picking and pulling combined is difficult to assess.

“There’s a lot of shame and secrecy,” she says. “Despite the fact that this is so common, it’s not something that people talk about.”

Children who pick their skin may focus it on areas of the body that are usually hidden, such as their feet, or blame the physical signs on other dermatological conditions, such as acne or eczema.

“Hair-pulling, especially the excessive hair-pulling, can be a lot harder to hide,” Lokers explains.

Parents may assume that these behaviors are related to stress or anxiety, but reducing stress to make the behavior go away is “not a realistic expectation,” Lokers says.

“If you think about something like migraines or seizures, yes, when someone’s under stress, they’re more likely to experience flare-ups with those conditions. But it’s not like the stress, in and of itself, has caused it,” she says. “I see just as many of my patients who say, ‘Yeah, I pick sometimes when I’m stressed, but I also pick a lot when I’m bored.'”

If you notice your child pulling their hair or picking their skin, know that it is not associated with self-harm, such as cutting – this “couldn’t be further from the truth,” she notes. The body is often desensitized in the areas where picking or pulling occurs, and there’s actually “a significant pleasure component” to the behaviors, Lokers points out.

Another misconception is that children – or adults – can control the behavior. About 40 to 50 percent of picking happens outside of the person’s awareness.

“We have people who are pulling and who have no idea they’re pulling. It is incredibly challenging to stop someone from doing a behavior that they don’t even realize is happening,” she says.

While the behaviors usually don’t cause pain or any significant harm to the body, there is a risk of scarring, skin infections from open wounds, or even carpal tunnel from the repetitive behavior.

“The biggest thing for a lot of people is the shame,” she says. “We have people who can’t go swimming, can’t go out on a windy day, are not dating or are having social difficulty at school, especially with our young kids, because they look different and can’t really explain why. It’s a really shameful experience, and that leads to a lot of difficulty with social development.”

But parents should know that effective treatment is available. The “gold standard” treatment for trichotillomania is known as habit reversal therapy, a form of cognitive behavioral therapy.

“We’re targeting the behaviors that leave you vulnerable to pulling,” Lokers explains. “For example, if I’ve got a kid who is pulling a ton while they’re watching TV because their brain is occupied with other things and they don’t have anything to do with their hands, then we’re trying to target changing their behavior when they watch TV.”

This might include offering a fidget to hold, reinforcing other replacement behaviors and also working on awareness training. Seek out a therapist who specializes in OCD-related disorders or find support from the TLC Foundation for Body-Focused Repetitive Behaviors.

Still, some young children with these behaviors may not be at the point of needing therapy. Each situation is unique, she emphasizes.

“Frankly, in our young kids, it usually bothers the parents way more than it bothers (the kids). It’s absolutely possible that one day they’re not going to feel fine about it, and that’s when we’re going to really hit this hard,” she says. “But if they’re feeling OK with it and it’s not bothering them, then sometimes we have to step back and say, ‘Yeah, I can see that this will be a problem when they get to middle school or high school but right now I just gotta let it go.”

Children struggling with the behaviors and trying to make a change should know that they can get relief and form new habits.

“I hate that so many people are still feeling like it’s so strange and unusual and I know how hard it is, as a parent and a clinician, to see your kid struggling with something and not knowing what’s going on,” she says. “We have the ability to change our environments and to make new habits that can make this one less likely to happen. The hope for treatment with BFRFs is not going to be one magic answer. It’s not making one change, but making lots of little changes consistently.”

From Kings Island to Medusa's Slidewheel and more, here a few last-minute excursions to enjoy with the kids before the new school year.
Read more
Advice