Why SMART Bus is a Smarter Choice for Traveling Around Detroit

The deputy general manager for SMART weighs in on why this option is ideal for metro Detroiters. 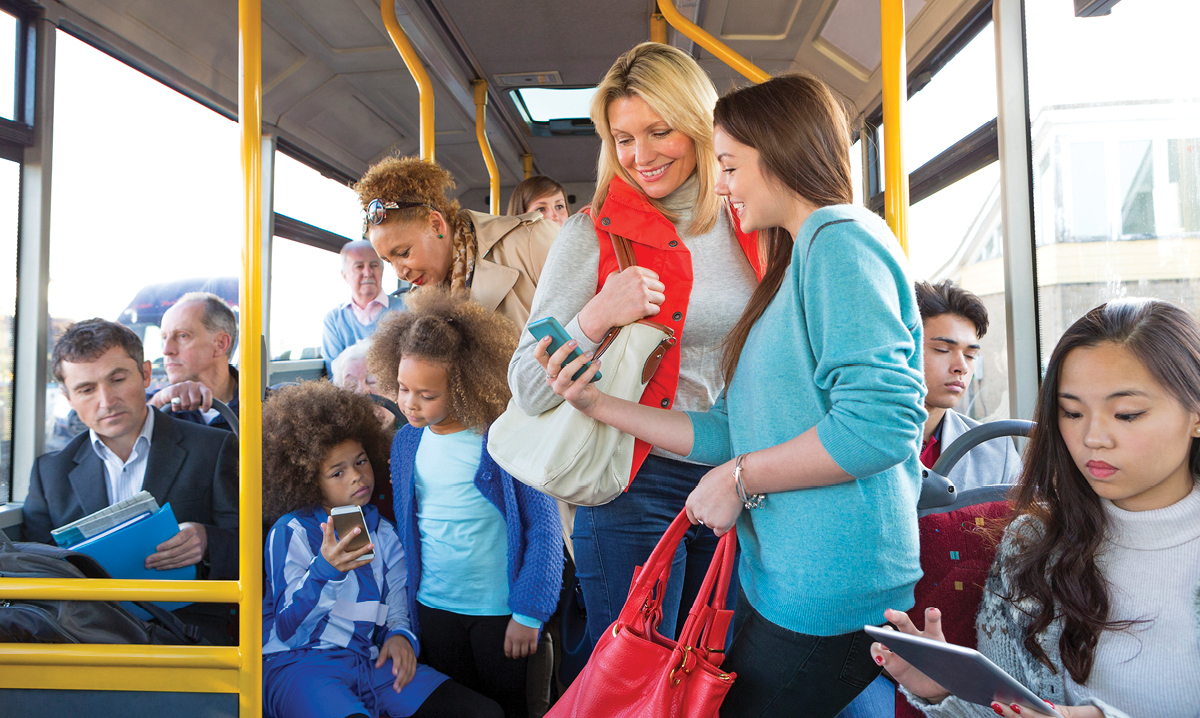 Whether commuting to work or enjoying a night on the town, SMART offers a convenient, safe and affordable way to get around. From the suburbs to the city, SMART bus routes are the smart choice for every age. “It’s a way to get yourself out from behind the wheel,” says Robert Cramer, deputy general manager of SMART. Taking the bus saves you money for gas, maintenance costs of the vehicle and even large expenses from potholes and road hazards,” Cramer says. “The highest polluter is a single passenger vehicle. With the bus, we take the congestion off the road and the emissions out of the air.”

When one long time regular rider was retiring from his job, fellow passengers he rode with every day held a retirement party right on the bus on his last commute home, Cramer notes.     “The riders on those route build a little community. Usually, the people are catching the bus at the same time every day, so they get to know each other,” Cramer says. “Riders save on parking, wear and tear on the vehicle and they can get a whole set of friends, as well.”    Many riders from the suburban areas use the FAST routes. The FAST buses come to stops along the route every 15 minutes during peak times and operate seven days a week. To make the service from the outlying suburban areas to Detroit faster, the buses only stop every mile and don’t require a transfer at the Detroit border.     -The FAST routes run along Gratiot, Woodward and Michigan avenues. The fares are the same for regular routes and the buses offer free Wi-Fi, so commuters can get things done and make the most of their time.

Cramer recommends the bus service to entertainment complexes along the busy corridors of Detroit. It saves on parking costs at a lot of the popular sports, concert and theater venues. Along with the regular routes, the riders can use the FAST routes to get around town and to various Detroit attractions, as they run seven days a week and late into the night.

“SMART is connecting destinations. When going to a sporting event downtown, fans don’t have to worry about getting an Uber or a cab for the ride home. Riders can also easily access attractions like the Detroit Zoo, the Detroit Institute of Arts and all of the activities of Midtown,” Cramer says. The weekend rider numbers have doubled, he adds, which speaks to the convenience and ease of using the SMART Bus system. “Even if you have to drive to a bus stop and use the bus to get busier areas, it still makes travel easier.” Ridership in the FAST corridors, Gratiot, Woodward and Michigan, have increased 56% since the service launched in 2018.

Some people are intimidated by the thought of taking the bus, Cramer says, but SMART makes it easy to ride and even answers riders’ questions before they board the bus. “We have a series of how-to videos to help riders. The first time or two in my adult life that I rode the bus, it was a little bit intimidating. There is a pressure of, ‘am I doing this right or know what to do’ or ‘is the driver going to be angry if I hold up the line?’ or ‘what if I don’t know when to stop?'” Cramer says. The buses are a safe way to get around town, too. With more than 50 years in service, SMART has not had any serious issues and the company continues to make safety enhancements on buses to make sure that all riders stay safe. On each bus, Cramer says, there are 11 cameras and four microphones on the inside and outside of the bus. If something were to happen on or around the bus, the cameras can provide video evidence to help investigate the incident. There are also silent alarms on each bus that connects the driver to 24-hour SMART central dispatch, who can then alert the police, he adds. The buses are all constantly tracked by GPS so their location is always known. “We hope the people from all over the area will see that SMART buses are an easy, convenient and inexpensive way to get around town while avoiding the stress and traffic of driving,” Cramer says. For more information on riding SMART buses, visit the SMART website.