Visiting one of the nation’s best zoos is a perfect day out with the kids, but the Toledo Zoo offers families an even bigger reason to go. 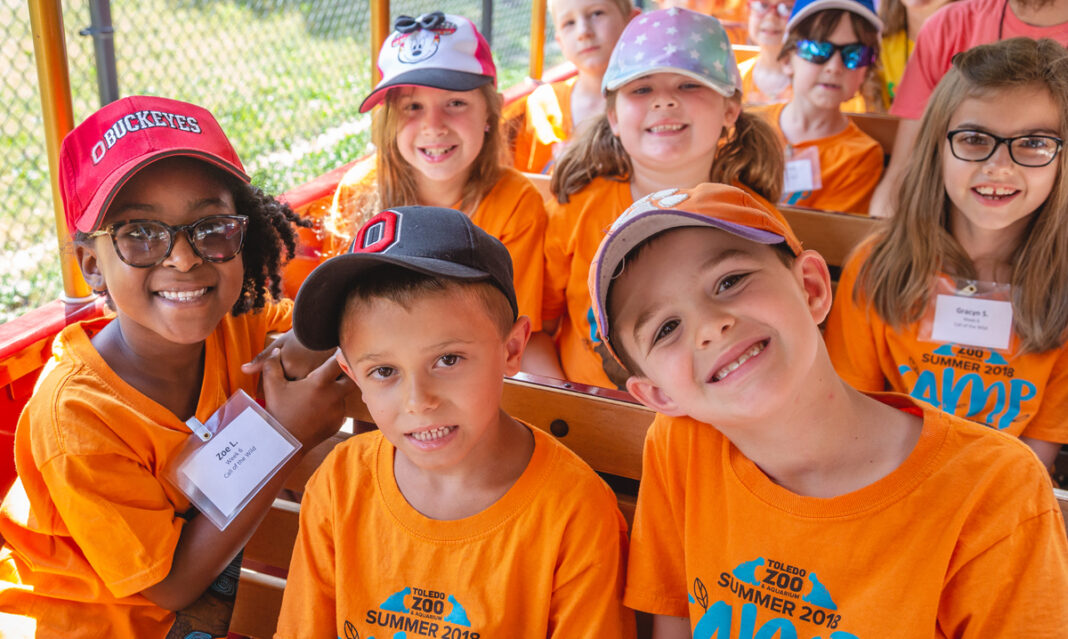 A visit to a zoo seems to always land on the to-do list families create at the beginning of summer. And for good reason: it’s outside, it is fun family togetherness time and few kids can resist the allure of seeing so many fascinating animals up close.

The Toledo Zoo, located an easy hour drive from Detroit in Toledo, Ohio, is all that and more because its zoo team has put a real focus on giving kids opportunities to connect with nature in profound ways.

“The more opportunities we can give children, I think we really increase our chances of getting them really connected with nature,” says Mitch Magdich, Curator of Education at the Toledo Zoo, about the zoo’s commitment to creating those special moments that he hopes make a difference in kids’ lives.

Find out why this zoo, with its collection of Depression-era buildings that give it its unique character, should most definitely be on your summer bucket list.

Lots of interactions with animals

Magdich, who has been with the zoo for 30 years, is proud of the diverse animals that the zoo provides families to experience. It features more than 10,000 animals representing 720 species from all over the world — and it is one of the few zoos in the country with a free-standing aquarium to visit.

From the touch tanks in the aquarium to up-close interactions with ambassador animals and going nose-to-nose through glass with a rhino, families are given many opportunities to share a moment with an animal and hear stories from zookeepers that prove to be a much stronger connection than just the facts, he says.

Those encounters are a given during just a normal visit.

But then the Toledo Zoo ups the ante with special programs accessible to all visitors.

Zoo “Snoozes” throughout the year allow families to spend the night at the zoo, either inside a building in Nature’s Neighborhood or the Aquarium, meet and touch animals, take a night hike to view nocturnal animals and create enrichment items for the animals and then watch them interact just as they would in the wild, he says.

Safaris, offered only during the summer months, also include meet-and-greets with animals as well as an overnight stay in a covered outdoor facility in front of the tank the hippos swim in. Sleeping literally nose-to-nose with a hippo is not something people encounter every day, he says, with a chuckle.

“Just spending the night obviously connects people to nature because they get to hear sounds and see animals when there are no crowds. It’s a different kind of an experience. It’s just a unique way for families and groups to interact with nature,” Magdich says.

Plus, the zoo also offers Twilight Treks to see the nocturnal animals and one-day activity-filled camps — this year offered July 6-9 and Aug. 9-13 — for kids to really dig into their zoo passions.

The zoo’s Nature’s Neighborhood is a can’t miss. This nature play area, designed for kids ages 4-12, gives kids the chance to experience nature in a way many rarely get these days, Magdich says.

Kids can stretch their imaginations in a stream, cook in a mud kitchen and use natural objects to build forts and other projects. It’s where kids are free to explore and discover on their own, interacting and playing in nature without someone telling them what to do, he says.

“These opportunities that we present in Nature’s Neighborhood, they are a safe place for them to engage in nature play,” he says. “That’s really powerful and really important.”

Many moms, he says, start their zoo visits in Nature’s Neighborhood. And many kids, he says, balk when it’s time to leave.

Magdich leads the programs by focusing on helping kids learn about conservation and caring about the planet and the animals. “One thing that I am particularly interested in here at the Toledo Zoo is we all take great lengths to connect people with nature that exists in their own backyards,” he says.

From learning to care about home and the animals living there, he says, kids learn to care about what happens worldwide in the Arctic or Patagonia, for example.

Conservation is one of the key elements at the Toledo Zoo, something families can literally put their hands on when it comes to the zoo’s conservation efforts in such things as building the population of lake sturgeon in Lake Erie. “That’s a really cool experience that people can enjoy,” he says.

Plus, people also peek into the lab where the zoo breeds the federally endangered Karner blue butterflies and the Mitchell’s satyr butterfly, which are coincidentally released in Michigan.

Since parents always want to make the most of their zoo day, Magdich has a few tips to help.

Start planning your trip at toledozoo.org.