For community, good value and great experiences, a metro Detroit family shares their love for the Y. Why not give a gift membership this year? 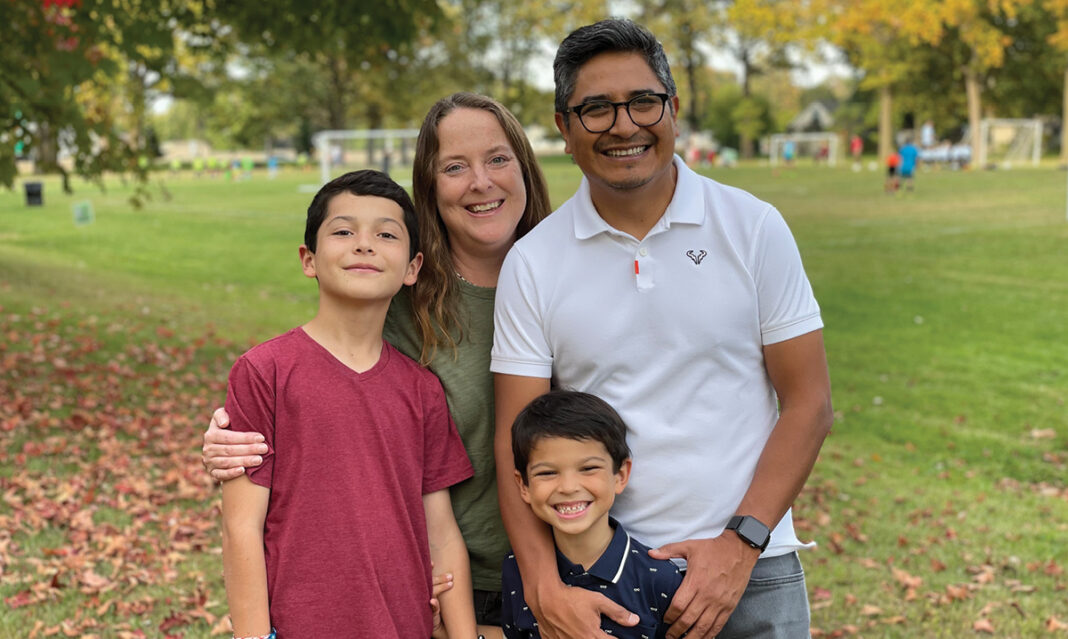 It’s been years since April Riker and her husband, Miguel Aguirre, first became members of the YMCA. Even before they had their two children, April and Miguel developed a love for swimming at both the South Oakland Family YMCA in Royal Oak and the Boll Family YMCA in Detroit.

“Boll, which is phenomenal, was close to my work so I’d stop in there and swim laps on my way home from work. So basically, we went from the couch to regular exercise a few days a week,” April says.

When April and Miquel welcomed their son, Santiago, to their family 12 years ago, they expanded to a family membership so they could take advantage of parent-tot swim classes, then swim lessons and summer camp.

April admits they tried other fitness centers — but never felt a sense of community anywhere but the Y. “We just didn’t get a warm fuzzy feeling,” she says. “The Y is family-oriented rather than just a workout facility.”

Now a family of four  — Felix is 6 — they still spend a lot of time at the YMCA. “There is a long list of programs the kids have participated in,” April says. “We are a big swimming family so we have done every swim program. And they always want more.”

Felix tried a Pistons basketball program and was thrilled to receive a jersey and basketball, plus a free game ticket at the end. “He had never been to an official basketball game and it was a big deal for him to go to Little Caesars Arena and watch the game with my husband,” she says.

Santiago said yes when a friend asked if he’d like to join STRIDE, a YMCA running program, even though running wasn’t his favorite part of other sports. “He ended up really loving the program. It was third- to fifth-grade boys, some parent mentors and a teacher who talked about running and life lessons,” April says. “They ended up running a 5K race at the end of the program and my son ran the whole thing without walking. Now he’s doing cross country at school.”

Both kids enjoy summer day camp at the Y — and this year was extra special, thanks to drama week. “They met a theater professional and performed a play, modified to their own liking,” April explains. “They performed in front of an audience at the Marlene Boll Theater, which was a really cool opportunity they’d never had before.”

Great value and a great gift

To tally the cost of a monthly family membership, even with registration costs of some programs, April says it’s still a bargain at $86. But when she adds in the value of Parents’ Night Out, a monthly program of fun, supervised activities for the kids while parents have a date or run errands — this benefit is worth the cost of family membership.

“A babysitter for three hours would be $60, so to have that once a month — it’s almost your membership fee!” she says.

For those who want the best for friends and family, a gift membership to YMCA of Metropolitan Detroit is perfect, April agrees. “It could be the extra push to get someone to be more physically active. You don’t have to go every day, but as your schedule allows. Then once you are there you realize your neighbor goes and friends from school go,” she says, adding that her own kids are well known by peers, even staff members at the Y.

“Family membership is great for someone who has never been to the Y and wants to try it out, and that makes a great gift,” April says. “For families in the wintertime, the Y is a healthy option to get out of the house.”

Content brought to you by YMCA of Metropolitan Detroit. Learn more about family memberships for you and for your loved ones. Visit ymcadetroit.org.