First printed in the January/February 2023 issue 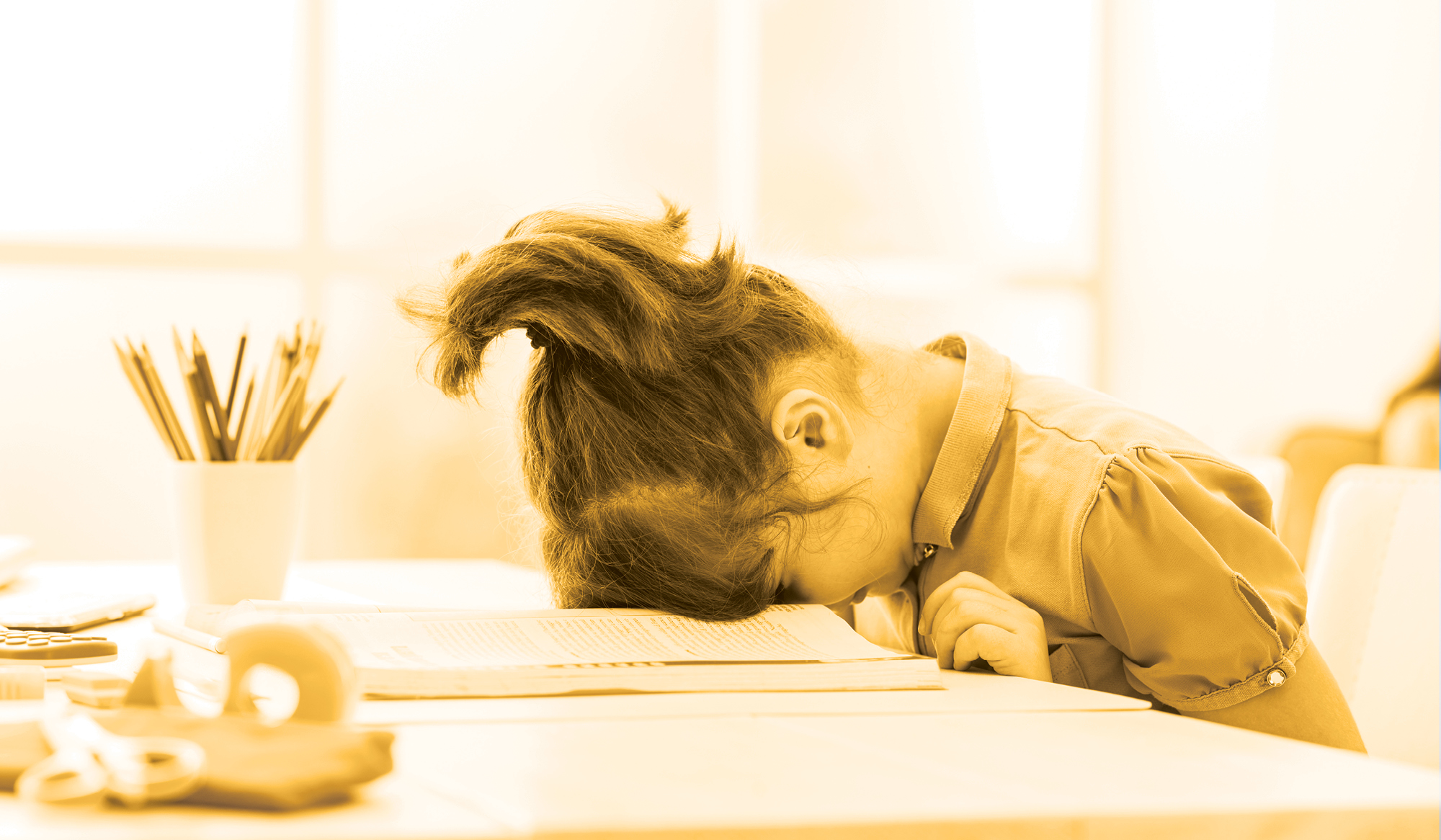 It was a rough morning in my household.

My 11-year-old, Aria, woke me at 5 a.m. screaming like an erratic fire alarm because she was worried that she didn’t do all her homework. Spoiler alert: She did, but she was concerned that maybe she had overlooked something she was supposed to do.

This was topped by my 13-year-old, Anya, who forgot to charge her school iPad and was yelling at me because there was a chance it wouldn’t get to 100 percent before school began.

And then I hopped on a Zoom call with Gary Abud Jr., a Detroit educational consultant with Saga Educators, who had once worked as a high school science teacher, a principal and in essentially every other school role you could imagine.

“We are creating a generation of stressed-out students,” Abud told me.

Um, yes. Welcome to my world!

“We’re putting so much pressure on them to take the hardest classes, to get the best degrees — and that trickles down to the youngest ages,” he says, explaining that in order to be competitive, parents believe their children have to be in a great preschool program that will help them be ahead by the time those kids reach kindergarten.

I remembered all those tours I took of the preschools, all the nights I spent Googling them. Do I want a play-based approach? An education-focused preschool? One that will teach them self-sufficiency? I even went so far as to call the local elementary school, asking the principal which preschools she noticed created the most prepared kindergartners.

I, apparently, was solely responsible for creating the stressed-out monsters that were up at the early dawn hours because they couldn’t handle life.

But isn’t that what we’ve all been told? That we must get our children into great preschools which will help them get the start they need for school which will launch them into their Ivy League colleges which will get them great jobs so they’ll be financially stable and ultimately happy. 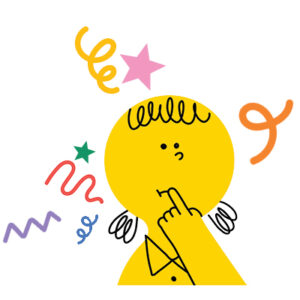 “We are creating a generation of stressed-out students.”

The pressure to be perfect

Perfectionism isn’t a new concept: It’s been going on for a few decades. Most of us were most likely raised to be perfectionists in pursuit of a report card full of A-plus-pluses and a chart adorned with good behavior and great effort stickers — and now, we’re bringing up children with the pressure to be perfect at everything from school to sports.

We want them to be in gifted classes in grade school and by high school, juggling an ever-growing list of AP classes along with sports, the school musical and STEM clubs. On top of that, throw in involvement in the community to look even better on those college apps.

Then now there’s the added pressure of social media.

We all covet our friends and neighbors’ lives, says Eirene Heidelberger, the president and CEO of GIT Mom.

“We have a front row seat from pregnancy to birth to postpartum body-bounce-back pics to baby’s first birthday party — and if one isn’t posting their most fabulous lives, they appear to be losing to their richer, thinner friends and neighbors, which creates stronger competition to have perfect children, thus placing insane pressure on our littles, which grows through their teens,” Heidelberger says.

“It’s crucial to provide plenty of unconditional love and support, no matter what the child does or doesn’t achieve.”

“While we can rail about the coddling of the American mind, blame participation trophies or lament how the digital age has created the dumbest generation, as it turns out kids these days are in fact working hard, but few are taking notice, because that’s, well, just what we have come to expect out of them — to be the best and nothing less,” Abud shares.

Either way, it comes at a cost.

In a survey by Denise Clark Pope at Stanford University of more than 250,000 middle and high school students in the United States, 95 percent are sleep deprived, 63 percent are constantly worried about academics and 62 percent reported that their workload is a major source of stress.

Between 2009 and 2017, the rates of depression among kids ages 14 to 17 increased by more than 60 percent, according to a study published in the Journal of Abnormal Psychology. This was prior to the pandemic. Depression rates are rising to contribute to a national mental health epidemic, but the number of children getting treatment for mental health problems only stands at 20 percent, says the Centers for Disease Control and Prevention.

This pressure to be perfect, to be the best, also holds kids back from wanting to branch out, or to try activities that may not come easily to them, says JoLeann Trine, a licensed clinical professional counselor at Thriveworks, a counseling company with more than 380 locations nationwide.

“The best lessons are learned through mistakes,” Trine says. “If children feel pressured to be great, and primarily receive admiration for accomplishments, they are likely to avoid tasks that do not give them that feedback.”

In addition, the pressure has a significant effect on their self-esteem. When pressure to perform or to be perfect is a constant in a child’s life, the outcome can result in lowered self-esteem, Trine says.

When this becomes especially dangerous is when these children don’t perceive themselves as successful.

“Feelings of low worth can lead to anxiety, depression, substance use and even suicide,” she says.

Abud worries it is causing an identity crisis among our kids when things don’t go their way.  “…Saddest of all, though, is the false notion that creeps up in the minds of young strivers that they are not worthy of love unless they earn it through their own personal achievements. Sadly, I have seen it with far too many of the teens and young adults I have worked with over the years.”

Let’s just pretend, for a moment, that we don’t care that our kids are sleep deprived, risk-averse, stressed-out maniacs. After all, we’re trying to get to the end goal (A great college, fantastic job and wonderful life). But unfortunately, life isn’t linear so our kids are most likely stressed for no reason at all.

“We’ve built up in our culture that going to an Ivy League school will guarantee success,” Abud says. “But some of the most widely successful people dropped out of college. We have to confront our own biases as parents.”

“If children feel pressured to be great, and primarily receive admiration for accomplishments, they are likely to avoid tasks that do not give them that feedback.” 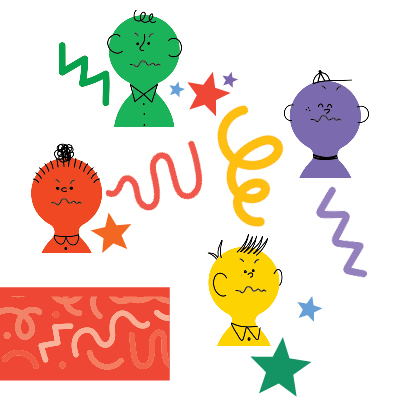 We all want our children to succeed in everything they do and we don’t want to encourage a society of underachievers. So how do we balance this when it comes to helping our children?

First, get rid of the majority of the extracurricular activities, says Kelley Kitley, a therapist with Serendipitous Psychotherapy in Chicago. Stick with one or two activities so children have time to play and be free in their spare time.

Let your children choose their extracurriculars, and allow them to have their own interests, activities and goals — even if these are unlike the ideals you had for them, says Camille Humes, an assistant professor, counselor and infant mental health consultant in Michigan.

Not sure if you’re pressuring your child too much? You can simply ask them if they feel like you’re putting too much pressure on them, Heidelberger says. If the answer is “yes,” then find a solution that works for everyone.

“It’s also important for parents to resist the temptation to live vicariously through their children, pushing them to become someone whom the parent could or did not become,” Heidelberger says.

And it’s important to model a healthy balance between work and play, says Mo Mulla, a parenting expert and founder of Parental Questions, a blog for parents. Children should see that their parents enjoy time spent away from work, whether it’s relaxing at home, spending time with friends and family, or engaging in hobbies and activities they love, Mulla says.

If something goes wrong — in your work or with your child’s school, remember to frame setbacks and failures in a more positive light, emphasizing that everyone makes mistakes sometimes, and that’s how we learn and grow.

“Finally, it’s crucial to provide plenty of unconditional love and support, no matter what the child does or doesn’t achieve,” Mulla says.

Read More from the January/February 2023 Issue

How to Check in Often During Your Child’s School Year

Simple things that mean a lot when it comes to school.
Read more

How to Explore the Zoo with Kids This Winter

There's lots to see and do at the Detroit Zoo during the cooler months. Here's what to expect and how to plan.
Read more