Michael Metevia, head of the kitchen at Slows Bar B Q in Corktown, Detroit, dishes on his popular fare – and shares a soup recipe to serve warm or chilled. 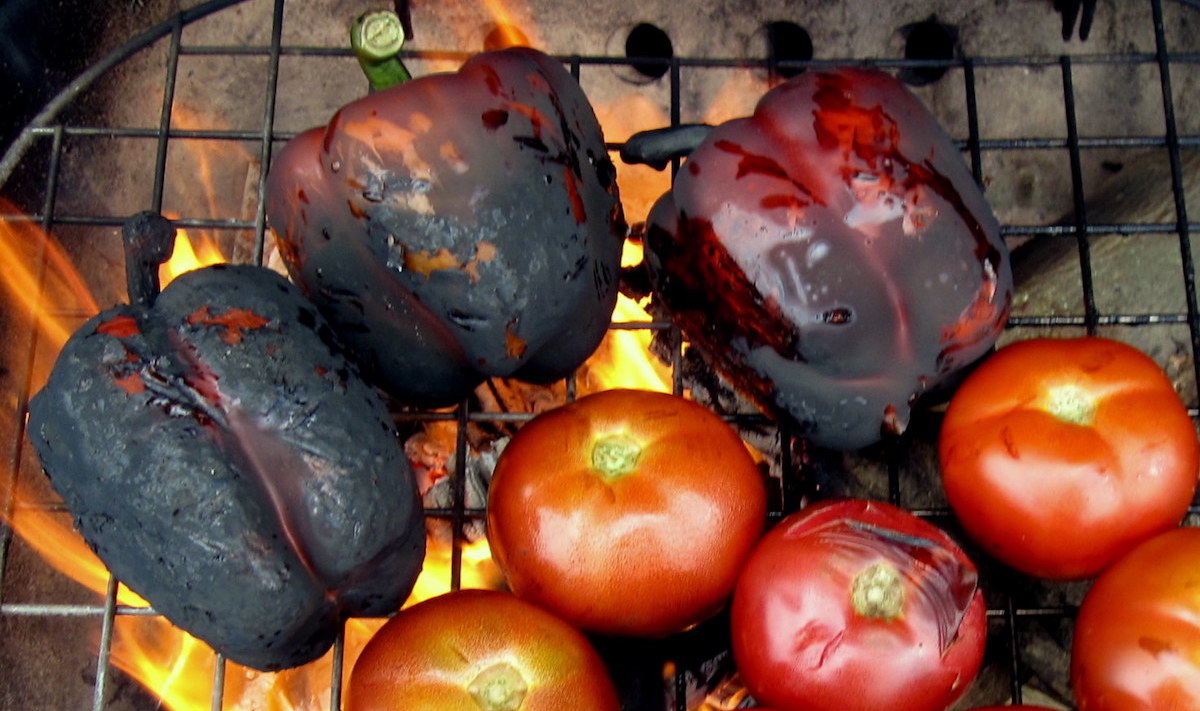 With barbecue staples like St. Louis spare ribs and Carolina-style pulled pork served alongside one-of-a-kind creations like beef brisket, smoked gouda enchiladas and salads called the Charles Bronson (and kickin’ flavors to match the name), it’s no wonder that Slows Bar B Q has become an it spot in Detroit.

An anchor in Detroit’s Corktown neighborhood, Slows takes pride in using fresh, local ingredients and all-natural meats, explains the head chef of the kitchen, Michael Metevia. He also notes that “the staff here is great and they work really hard give it their all.”

The flavorful, slow-smoked entrees, along with a diligent staff, has made the barbecue joint popular among a diverse clientele – from business people to hipsters to families and, of course, Tigers fans.

Metevia recommends that families try out the restaurant during one of their off hours, between 2 and 4 p.m. – “or you can come right when the doors open at 11 a.m.” (Early lunch before a venture to the Michigan Science Center, anyone?)

Years ago, Metevia made the mistake of bringing in his then-15-month-old during a Tigers’ game, when lively fans filled the 80-seat establishment. The crowded restaurant induced a fit in the younger Metevia; since then, dad/chef has avoided bringing his son in during busy times.

Metevia points out that Slows does take reservations for parties over six people, so if you’re set on a certain time, grab some friends and call ahead to make sure you get in.

Here, Metevia shares some of his thoughts on cooking, as well as his own recipe for something fun to grill: vegetables. He roasts a variety of veggies and then purees them for a summer soup that can be served either warm or cold. Read his Q&A, and then scroll all the way down for the recipe!

What three ingredients do you always keep stocked in your pantry?

As simple as it sounds, I always have kosher salt, fresh peppercorns and quality olive oil. I put those ingredients in almost everything. I also use a lot of quinoa (a healthy, whole grain seed prepared like barley) and coconut oil.

What’s your favorite meal to make or serve?

At home, my favorite meal is pot roast. It’s a great family meal and easy to put together – everyone is always satisfied. But I don’t always prepare it the same way. I don’t like to be in a rut and I think that happens to a lot of people when it comes to cooking.

When you’re cooking for kids especially, it’s important that you mix things up so that they won’t become fickle when it comes to food. I like to mix it up, use different fresh herbs – it really depends from time to time what I use. Most of the time, I use some red wine, usually mushrooms.

We all have a favorite indulgence. What’s yours?

Coney dogs. Usually, I’m a pretty conscientious eater and in general I try to find organic, natural foods. I know it’s bad for you, but I love having a coney dog. With everything. It’s part of living in Detroit.

What’s one of your worst cooking mistakes?

I made 20 loaves of banana bread using salt instead of sugar. I could try to blame someone else – whoever did the stocking in the kitchen put salt in the sugar container – but I should have checked.

All 20 were in the oven and then I tested one. I just spit it out it was so salty. That’s definitely the biggest cooking mistake I’ve ever made and I haven’t made one like it since.

There are so many great Michigan-made food products. What is your pick?

Calder’s chocolate milk. That stuff is delicious and the dairy is located in Lincoln Park.

What do you suggest for first-timers to Slows Bar B Q? What menu item should they make sure to try?

If it’s your first time, I recommend the mac ‘n cheese. Our preparation is unique to Slows with the dish – we find people just come back again and again for more. Everything is made from scratch. It’s really just good, old-style home cooking.

Looking for a podcast you can trust to give facts about important topics? Look no further.
Read more
Advice

From boogers to pen caps, here's why some kids can't seem to keep strange and stomach-turning things out of their mouths.
Read more
Sponsored Content

Brought to you by Gateway Pediatric Therapy
Read more
Indoors