Chicken Strudel Recipe for the Holidays 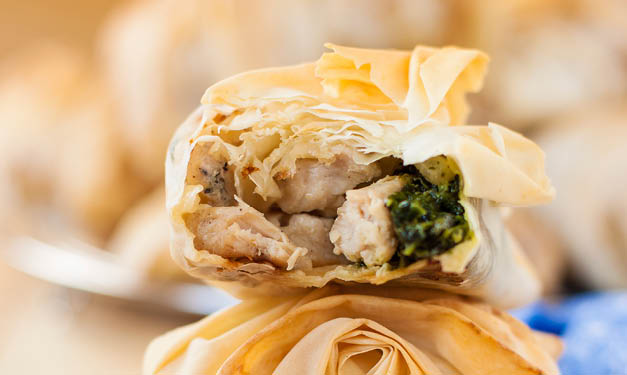 For an old-fashioned holiday, the Holly Dickens Festival is the place to be. And, as this year's fun unfurls, a restaurant downtown serves up an extra helping of charm.

Constructed in the Victorian Queen Anne style, the Historic Holly Hotel hollyhotel.com looks like it came right out of a Charles Dickens novel. Built in 1891, it was destroyed twice by fire – most recently in 1978. George and Chrissy Kutlenios did some painstaking reconstruction to bring it back to its vintage look.

Address: 110 Battle Alley, Holly
Phone: 248-634-5208
This Victorian-era restaurant's menu features seven signature faves and other dishes, which can vary daily based on what's in season and the chef's whims. Reservations recommended.

George, who grew up in Pittsburgh, actually bought the building – then in tatters – after that second fire. Now on the U.S. National Register of Historic Places, the eatery strives to provide the freshest ingredients and dishes to visitors.

"We feature classic American dishes prepared to order," George says. "We don't have a microwave or a big freezer." For kids, he suggests a fairy or teddy bear-themed afternoon tea. Sunday brunch is also a popular with families. And in December the restaurant is decked in holiday trim. "We use nearly 1,500 feet of live garland, and there are always seven decorated Christmas trees," George says. "Christmas is a special time here."

Get in the spirit with one of its signature entrees, on the menu since '79.