It's time to party with these Cinco de Mayo desserts, which include vanilla flan, paletas, Mexican hot chocolate cookies and more!

Although Americans think of Cinco de Mayo as a Mexican holiday, it’s a much bigger event in the states than south of the border.

In Mexico, Cinco de Mayo (yes, the 5th of May) honors the day in 1862 when Mexican forces in Puebla, Mexico defeated the much larger French army.

In the United States, Cinco de Mayo has become a day to celebrate all things Mexican – from the heritage, to the culture to the food.

And of course, it wouldn’t be a party without some dulce, meaning sweets!

Introduce your kids to some authentic Mexican desserts with one – or all – of these sweet Cinco de Mayo dessert recipes. 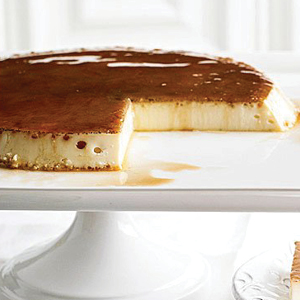 Flan is almost a cross between custard and cheesecake. To prepare this traditional vanilla flan with butterscotch sauce from Better Homes & Gardens, start by making the sauce and pouring it into a deep pie pan. Eggs are whisked with sugar and then poured on top of the sauce before baking.

Once the flan is cooked through, refrigerate overnight then flip before serving – part of the sauce soaks into the flan the rest becomes a sauce. 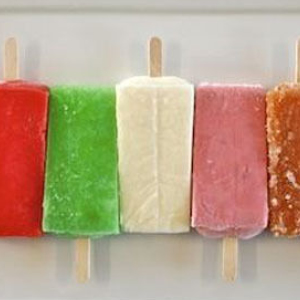 Fruit popsicles, or paletas, are simple to make especially if you follow along with the recipe for perfect paletas from Mamas Latinas.

The best paletas are made with fresh, seasonal fruit that’s cut up, mixed with water or dairy and then placed into popsicle molds. Strawberry, coconut, raspberry – what kind of paleta will your child want to make? 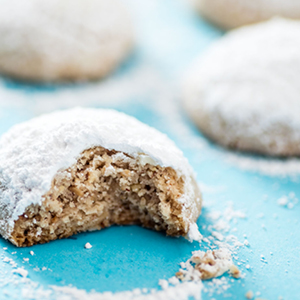 You can’t have a real celebration without these Mexican wedding cookies from Serious Eats.

There are only a few ingredients in these rich, dense cookies: pecans, butter (lots of it!), powdered sugar, vanilla, flour and salt. That’s it. Form the batter into walls, bake and then roll in powdered sugar. Mmm, buttery! 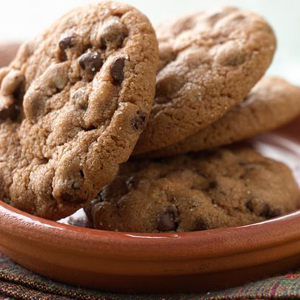 Mexican chocolate has hints of cinnamon and sometimes even spice.

The base of this recipe for Mexican hot chocolate cookies from Betty Crocker uses a sugar cookie mix.

Then you melt in one tablet of Mexican hot chocolate drink mix and a sprinkling of ground cinnamon. 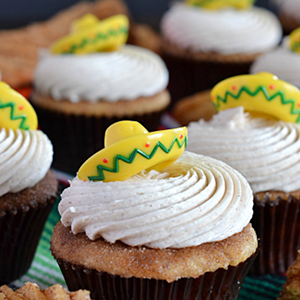 Making churros from scratch takes a lot of work – and a dip in a pan of hot frying oil.

Skip all those steps with these churro cupcakes from the Lady Behind the Curtain.

The best part is the cinnamon sugar crunchy topping that has a swirl of cinnamon cream cheese frosting. 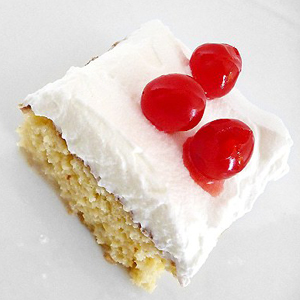 This is one of the moistest cakes you’ll ever eat. Brown Eyed Baker offers her version of tres leches cake. It includes evaporated milk, sweetened condensed milk and heavy cream.

The traditional Mexican dessert is unlike the multi-tiered American variety – it’s all about the flavor with this simple yet decadent dessert.

Looking for even more Cinco de Mayo eats? Check out this recipe for tortillas and sopes or our roundup of vegetarian Cinco de Mayo recipes.

ASMR and Kids: What is It, and What are the Pros and Cons?

YouTube has exploded with videos of people whispering, rustling buttons and even eating pickles – all to elicit a calm feeling. Can ASMR and kids be a good mix?
Read more
Autism Alliance of Michigan

What Every Parent Should Know About Developmental Delays

You have a new baby in your life. But how will you know if your child is developing normally? An expert from the Autism Alliance of Michigan offers some insight.
Read more
Guides

Letterboxing in Metro Detroit and Ann Arbor for Families

Here's everything you need to know to get started on this unique, kid-friendly pastime. Plus, check the roundup for a few spots for letterboxing for kids.
Read more