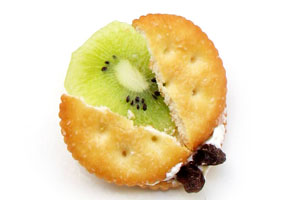 One of my earliest memories was catching fireflies at my grandmother’s house in Iowa. Like most kids who get anywhere near a lightning bugs, I ran inside and asked for a glass jar. I just had to catch one! My grandmother helped me poke holes in the top of a Ball Mason canning jar. Back outside, I scooped up as many fireflies as I could. In the end, I think my glass jar had a total of three swirling inside. I let two go immediately, but I wanted to keep just one to light up my room.

Whether my captured lightning bug kept flashing into the night or not, I don’t remember. And, of course, since then I’ve learned that lightning bugs really shouldn’t spend too much time “indoors” no matter how many holes you poke! But what I do recall is the fascination and draw of these twinkling little creatures. It makes the outside feel magical at night – especially when all of a sudden one pops up next to you and flashes.

With summer nearly over and the fireflies making fewer and fewer appearances, I wanted to do something special with my kids. We’re having a “firefly picnic.” Our plans are pretty simple: Take time to eat outside a little later at night (8 p.m.) and use battery-powered candles as light (granted, it won’t be that dark outside – but my kids liked that touch). Oh, and we’re eating our meal under the trees. We’re hoping a few fireflies will make a guest appearance and that the mosquitoes stay away during our “feast.”

Our meal will be a spread of peanut butter and honey sandwiches, juice boxes, chips and carrot sticks (can you tell the kids are ready for school again?). But we’re also taking time to create some special firefly snacks – just in case the real ones don’t make an appearance.