Hey, mom: Treat yourself this May with this simple, savory Mother's Day mini cheesecake recipe. And maybe – just maybe – the kids and dad can dig in, too! 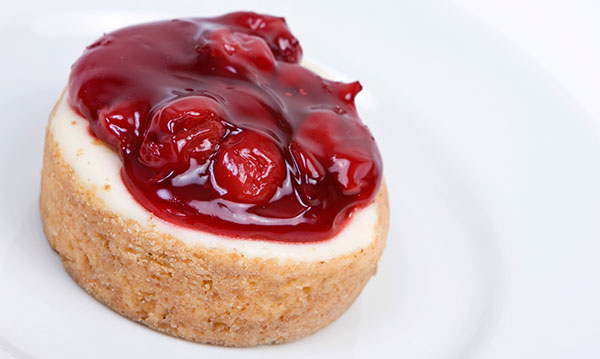 I know, I know: You’re not supposed to make your own Mother’s Day treat. But maybe if you make it a day or so ahead, it’s OK?

As a kid, I had something against cheese in any form (I can’t even fathom going a day without cheese now!). Occasionally, I’d suffer through a slice of cheddar, and mozzarella was OK. But semi-soft cheeses – like cream cheese, ricotta, cottage and the like – were out. I considered them slimy, tasteless and, well, gross.

I shunned cheesecake whenever someone offered it, bothered by the consistency as much as the taste. Then I moved to New York and happened on Roxy’s Diner on Broadway. The cheesecake slices there tower to around 6 inches, the thick slices coming in varieties like white chocolate raspberry swirl, pina colada, and double chocolate. One bite and I became a cheesecake fan. I’ve been making cheesecake ever since.

My mini cheesecake recipe makes about eight six-ounce cheesecakes, if you’re using ramekins. You can also try this in muffin papers and you’ll probably get around 10. The trick is not to overfill the cups – you want about a 1/3-to-2/3 ratio of crust-to-filling. Too much filling as these miniatures won’t hold together well. You can play around with the filling after you’ve scooped it onto the crust – maybe swirl in some raspberry jam or add a few miniature chocolate chips. There are so many possibilities with this basic recipe!

So if you want to make sure you like your Mother’s Day dessert this year, why not do it a day ahead of time? (Shhhh – I won’t tell.) Or you could pass this along to your kids. It’s easy enough they should have no problem turning out yummy mini-cheesecakes.