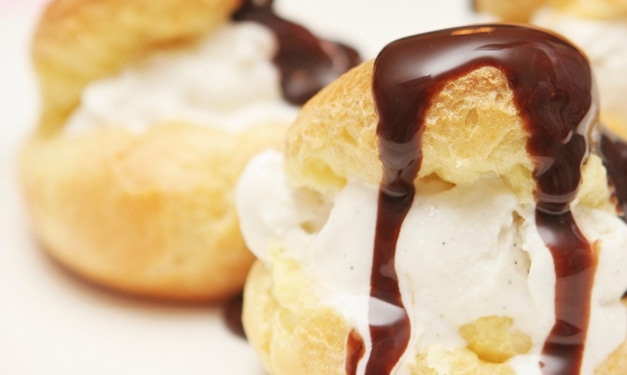 As a kid, Mary Spencer of Northville watched her mother put together Polish favorites – like pierogi, golabki (stuffed cabbage) and barszcz (beet soup) in their kitchen. But when she got married and had her own children, she admits, "I couldn't cook at all." So Spencer began taking any cooking class she could find, then she'd practice making each dish in her home kitchen.

Eventually, Spencer, whose kids are now 28- and 18, became such a good cook that people began asking her to teach them. She's now been a culinary instructor for 15 years. Now her cooking school, Taste: A Cook's Place, walks students through everything from Italian to French cuisine to Asian dishes and, of course, Polish food.

One popular class shows students how to make signature dishes from fabled Detroit eateries like The Caucus Club and Carl's Chop House. "I worked in downtown Detroit for 10 years and I got to know these restaurants and their specialties," says Spencer. For example, the Sanders shop happened to be in the building where she worked. "Every day, one of my co-workers would bring back a hot fudge ice cream puff," says Spencer, who's crafted her own spin on the hometown treat that's been enjoying a resurgence. "They always looked decadent and delicious."