Detroit Institute of Arts Millage Up for Vote on Aug. 7 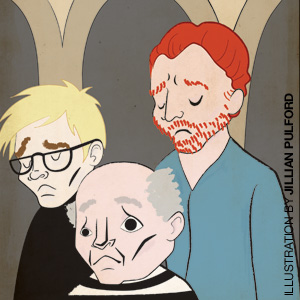 Over the course of 11 months, Mexican muralist Diego Rivera created the iconic Detroit Industry mural at the Detroit Institute of Arts. Generations of visitors have experienced it. But now, according to the DIA, future generations might not be able to see this magnificent mural, and other artistic gems, if a new millage isn't passed on Tuesday, Aug. 7, 2012.

Other cultural landmarks in Detroit – like the Detroit Science Center and Detroit Children's Museum – have closed because of financial struggles. Now, the DIA could be the next casualty in the city, the museum says – unless voters help.

Residents of Macomb, Oakland and Wayne counties will vote on a 0.2 mill tax for the DIA, which, if approved, will tax residents $15 on every $150,000 of their home's market value for about a decade.

According to Annmarie Erickson, executive vice president and chief operating officer at the DIA, the money would help "restore the balance of public funding.

"And if we can do that for a 10-year period," she says, "then we can direct our fundraising efforts toward building a substantial operating endowment, which will fund the museum into the future."

Why money is lagging

From the late 1800s to the 1990s, the museum was funded by a combination of public funding and private donations. But in 1991, the state of Michigan cut the DIA's operating subsidy in half, Erickson says.

After that big cut, Michigan's economic downtown continued and the budget was slowly reduced. Today, the museum does not receive state, city or county funding, which is why it is asking voters to approve the millage.

"In 2009, we did a considerable reduction. Our operating budget went from $32 million to $25.4 (million)," Erickson says. The museum also reduced its staff by nearly 20 percent, in addition to changing its benefit plans. However, that isn't enough to keep the museum doors open long-term.

What the tax will do

If the millage is approved, the Detroit Institute of Arts will receive $23 million per year – $10 million from Oakland County, $8 million from Wayne County and $5 million from Macomb County.

Of the three voting counties, 38 percent of ticket purchasers are from Wayne, 28 percent from Oakland and 12 percent in Macomb. (In addition, 6 percent of visitors hail from Washtenaw County.)

If the millage passes, residents in approving counties will receive free admission to the DIA. Currently, a family of four – two adults and two kids – pays $24 per visit. The unlimited free access would allow families to experience exhibits, participate in hands-on art workshops for kids and enjoy Friday night concerts.

These authorities remit the funds directly to the DIA and ensure the museum's compliance.

Back in 2008, the Detroit Zoo, which was subsidized by the city of Detroit, asked for voter approval on a 0.1 mill tax because it was struggling financially and risked closure. The tax was approved – and the zoo remains open today. Similarly, the DIA awaits a vote to see if it, too, will remain operating for years to come.

If the millage doesn't pass

If the mill tax does not pass, Erickson says the museum plans to honor contracts for two exhibitions – one in the fall and one in the spring.

"However, we will begin cutting down programs and staff," she says. "We will slowly begin winding down operations."

School field trips, special exhibits and art workshops are among the amenities that would dwindle.

While the millage has gained an outpouring of support, there are many people who openly oppose it, too – including Macomb-based Michigan Taxpayers Alliance.

The anti-tax group has said that DIA admission will not be free if the mill tax is approved – everyone will have to pay for it through tax dollars, whether or not they visit the museum annually.

Until voting day, the DIA continues its effort to encourage residents to vote "yes" on the ballot through blue-and-white lawn signs and TV commercials using the tagline, "Art is for everyone – it's what we save for our kids."

Over the past decade, schools across the country have seen a decline in visual arts education in elementary schools from 87 to 83 percent, according to the U.S. Department of Education's National Center for Education Statistics.

Cultural institutions like the Detroit Institute of Arts and shuttered Detroit Science Center seek to fill the gap through school field trips, art workshops and more.

"As a parent, I just know how important the museum was, and is, with my son," Erickson says. "In terms of helping our kids really understand the world around them, and be open to different things and different ways of looking at the world, I can't think of anything more important than an art museum."