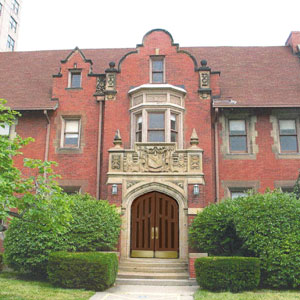 Sure, you've probably taken your little ones to Greektown before, but have you ever wondered why this ethnic neighborhood is a staple in Detroit? Well, you can soon find out because the Hellenic Museum of Michigan will hold its grand opening, April 13, 2013 at 5 p.m.

On opening night, you and your youngsters can see exhibits and take tours that will highlight the history of Greeks in Detroit, hear poems from Greek school students, see Greek dancers, check out the traditional apparel of Greek Evzones and listen to Greek music! It's just going to be one big fat Greek event!

Don't think that's enough to keep hold of your tot's attention? Well, your little ones can also participate in interactive activities during the opening, because there will be a room filled with materials for kids to make their own Hellenic-inspired crafts.

The fun will move to the Detroit Institute of Arts at 6:30 p.m. for a gala reception, which will include entertainment, tours of Greek galleries, costumes of regions in Greece, Hellenic heritage awards, special recognitions and Greektown Merchant honors. ($80 donations recommended).

Also, don't forget to follow-up the opening of the Hellenic Museum by going to the Greek Independence Day Parade at 3 p.m. on April 14.

Can't make it to the grand opening of the Hellenic Museum – or the Greek Independence Day Parade? No worries, you can still get your fill of all things Greek by taking your kids to the History of Greektown exhibit or on the Immigration of Greek Americans tour any time you want! And, according to vice president of operations Joan De Ronne, the museum is looking to add more exhibits, interactive activities and classes, so make sure to check them out frequently.

The museum will be open every Saturday from noon until 4 p.m. Admission is free and donations are optional.

See the Metro Parent listing for more on the Hellenic Museum of Michigan's grand opening in Detroit.