It’s a Downton Abbey Thing at the Plymouth Historical Museum

See clothing, historical artifacts and more at this special exhibit all about the British TV drama, Jan. 29-June 12, 2016. 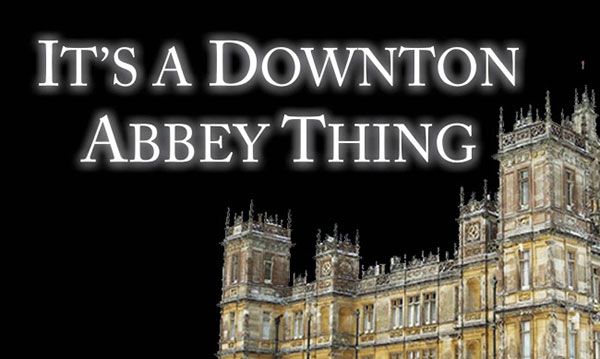 Downton Abbey‘s final season may be airing this winter on PBS, but the excitement for the show doesn’t have to end there. The Plymouth Historical Museum has a special exhibit It’s a Downton Abbey Thing running Jan. 29-June 12, 2016 all about the British TV drama.

The show’s storyline begins in 1912 and over the course of its six seasons, takes viewers through years dotted with major historical happenings. At the Plymouth Historical Museum’s special exhibit, visitors can take a look at some of these historic events while comparing and contrasting how they played out in the United States.

Those exploring the exhibit will also come across several vignettes featuring the show’s characters in familiar situations, like Lady Mary Crawley preparing for her marriage to Matthew Crawley, and Footman Thomas Barrow serving Violet. Fans of the show can immerse themselves in the time period through historical clothing and artifacts throughout.

Itching to extend your Downton Abbey experience? The museum is open 1-4 p.m. Wednesdays, Fridays, Saturdays and Sundays. Admission is $5/adults and $2/kids 6-17.

For more information on the It’s a Downton Abbey Thing exhibit at the Plymouth Historical Museum, visit the Metro Parent calendar listing.