Who runs the world? Science girls! The STEMinista Project at the Michigan Science Center offers events and activities for fourth through eighth grade girls. 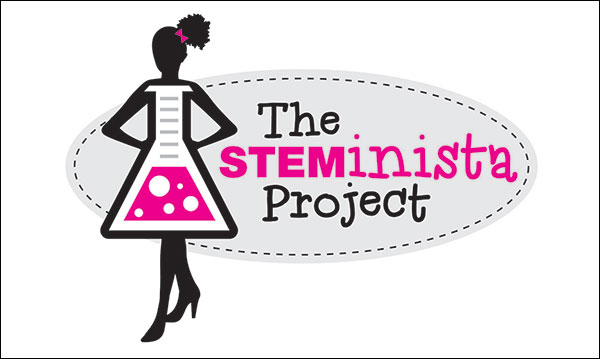 Getting young girls engaged in science, engineering, technology and math has become a key focus for educators and organizations around the country. For Dr. Tonya Matthews, the chief executive officer and president of the Michigan Science Center, it’s also personal.

Matthews recalls feeling out of place while pursuing her STEM degree – an issue that she and other girls in her program often grappled with.

“I remember what that felt like,” she says. “I remember getting mixed messages about whether or not it was appropriate for me to do engineering and these kinds of things.”

And it’s still a problem today, with young girls losing interest in STEM faster than boys and less likely to pursue a career in the fields. That’s why Matthews is so excited about the new STEMinista Project recently launched at MiSci.

‘Where are the girls?’

“It’s become a really big conversation for everyone who’s involved in STEM … Where are the women, where are the girls?” Matthews says. “We’ve been part of this conversation and it occurred to me that we could help. We could make an impact in a meaningful way.”

The STEMinista Project invites girls in fourth through eighth grade to take part in hands-on activities, meet-and-greets and other opportunities all aimed at getting girls interested in and confident about STEM. It’s open to girls throughout Michigan and may eventually expand nationwide.

“Initially most of the programs will be located in the greater Detroit metro area and then we hope to expand as the program grows,” Matthews says, pointing out that there’s also a virtual component with monthly newsletters for girls and parents.

Events include building challenges like designing a new line of balloon-powered vehicles and monthly STEMinista Saturdays at the center on the second Saturday of each month.

“We’re going to feature or profile a different career path that you can take in STEM and then tie it to a hands-on activity,” Matthews says.

Girls are also sure to enjoy the 2016 Overnight Hackathon at the center Sept. 2-3, where they’ll get to build a mobile app with Digerati Girls and pitch their app to compete for prizes.

“We do overnights at the science center for all ages and all genders all the time and last year we piloted one just for girls around this hackathon concept,” Matthews says. “They loved it and we loved it. They are developing apps, websites or learning how to code different things.”

The project also includes a growing database of STEMinista Role Models – women working in all sorts of STEM-based careers who will volunteer at events or simply serve as a reminder of the many cool opportunities available in science, technology, engineering and math.

“People looking at the database see that there are women in these fields. Young ladies can begin to envision themselves,” Matthews says. “Research has shown that that’s a problem – not just that we don’t have enough women in STEM but the upcoming generation doesn’t see these role models.”

Offering the STEMinista Project to girls in fourth through eighth grades was a purposeful move, Matthews says.

It’s also a time when math and science topics in school can become more challenging.

“It also gets cooler but sometimes it’s really tough to see the cool factor inside of your algebra textbook,” she says. “That is a really good time to start talking to kids about hands-on things they can do around science, technology, engineering and the problems you can solve.”

Matthews says she didn’t have opportunities like those in the STEMinista Project when she was young.

“I didn’t have those experiences until I was well into high school,” she says. “This has to happen earlier and earlier.”

Whether it’s because they want to save whales or help people get clean water, girls who develop a passion for STEM will find the opportunities are endless – and there’s no time to waste.

“We do need to come to grips with the fact that girls, young ladies and women are not being included in the fastest growing, most interesting, most creative and most impactful industries that are coming into the world right now,” Matthews says. “There’s not a lot of argument that STEM (fields) are going to dominate our economy and the way we are getting things done. We need to think about including the entire population in that.”

For more information on the STEMinista Project or to get your child involved, call 313-577-8400 or visit www.mi-sci.org/steminista-project.