Where Do Aquariums Get Their Fish? 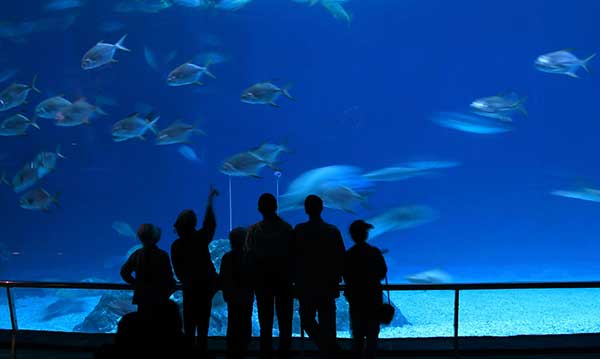 Have you ever wondered where aquariums get their fish? It’s a natural question kids (or even adults) might have during a visit to a local aquarium, especially if they’ve watched Finding Nemo recently.

Though the answer might vary a bit based on which aquarium you visit, there are a few standard ways most aquariums procure their fish.

Lucy Handel and Kelly Cadenas are both curators for the newly-opened SEA Life Michigan Aquarium in Auburn Hills and they were happy to share some information on the topic with Metro Parent.

At SEA Life, fish find their way to the aquarium in three main ways: Some sea creatures are brought to aquariums as rescues, others never lived in the ocean and were bred either at the aquarium or another facility, and some were taken from their natural habitat by a supplier and sold to the aquarium.

Benson the sea turtle is one recent example of a rescued animal living at SEA Life. Benson was stranded in 2014 at a state park in Florida after being hit by a boat and suffering several injuries. He had been recovering at the Georgia Sea Turtle Hospital but it was determined that he would never be able to survive again in the wild.

“That’s where SEA Life can step in and give (rescued creatures) a forever home so they can live out the rest of their natural life in a nice, happy, natural environment,” Handel says, pointing out that the aquarium will provide the special care he needs.

Many of the other sea creatures found at aquariums are bred there or by various fish suppliers. SEA Life breeds seahorses and jellyfish, for example, but they order other fish from suppliers that do captive breeding, Handel says.

They have to be careful about keeping a good genetic pool to pull from, though. If they bred a male and female stingray at the Michigan aquarium, for example, they would move the offspring to other aquariums to avoid interbreeding, she says.

When fish aren’t available through the first two options, SEA Life works with a limited number of suppliers that take fish from the wild and sell to aquariums. The industry has many regulations and all suppliers must adhere to certain standards about how the fish are caught, Handel says.

“We send people down to look at those facilities, we don’t just take their word for it,” she says.

No nets can be used, for example – all are hand-caught, Cadenas adds.

“You want a nice healthy fish that’s going to live a long life. You don’t want to harm the fish,” she says.

Though the idea of taking fish from the ocean can be controversial, Handel says it’s important for people to understand the purpose of aquariums.

“The reason for us being there isn’t entertainment,” she says. “We’re there for people to see the animals they wouldn’t have the chance to see in most cases and therefore have an empathy for them – the plight of that specific animal or the plight of that animal’s environment.”

The specific sea life featured in an aquarium is determined through a very intentional process, Cadenas says.

“What we have to make sure we do is every time we’re thinking about an animal that we want to have in the aquarium, it should be for an educational purpose. We look at each species and say, ‘What can this teach people and what can they learn from this?'” she says.

Cadenas points out that some animals don’t do well in captivity – another aspect that must be taken into consideration.

“We also make sure that we’re not taking species that are endangered or, for instance, certain species that we know don’t feed well in captivity or have special requirements that we can’t meet,” she says. “We obviously would never take those.”

Handel says great care is also taken to ensure the fish are placed in the most natural environment possible in an aquarium.

“It’s a like-to-like environment, a very natural environment,” she says. “They’re with other species that they would naturally be with. It really is like their normal home, their normal habitat. That is part of the education as well.”