Best Summer Books for Kids of All Ages 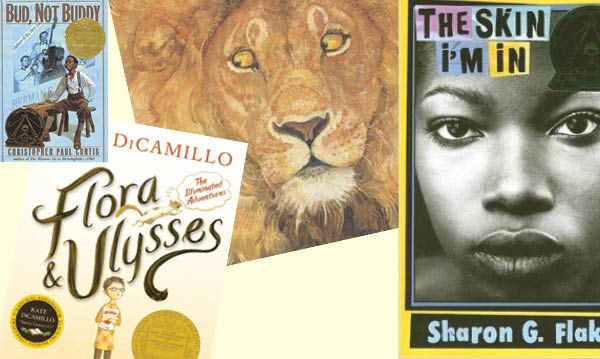 This summer, go with your kids on a safari – or take a trip with them to Mount Everest or a far-off jungle. Maybe you can travel back in time to delve into U.S. history. Or embrace silliness together and follow the adventures of clever spiders, compassionate mice or a girl who simply won’t clean up her room (she’s still stuck somewhere in the mess).

That’s the power of reading books together. You don’t have to leave your home to go on a worthwhile journey – although you will have to plan a trip to the library to grab a stack of adventures, er, books to bring home.

“A library card is really a driver’s license to knowledge,” says Lurine Carter, coordinator of children’s and teen services for the Detroit Public Library. “I let (kids) know that they should honor their library card. There’s so much you can learn from books.”

Carter weighed in with book suggestions for kids based on their age. This list is designed to get you started. Carter suggests parents go to the library for more book suggestions and to sign-up for summer reading programs. As far as Carter’s all-time favorite stories, she has a couple of picture books she looks forward to reading to kids each year – Evan’s Corner by Elizabeth Starr Hill and The Five Chinese Brothers by Claire Huchet Bishop and Kurt Wiese. Why these stories? “They’re both about overcoming something difficult through using your talents,” notes Carter.

Uncover your child’s favorite story by reading some of Carter’s top picks together. Or, for older children, ask them about the story once they’ve finished reading.

The Lion & the Mouse by Jerry Pinkney

Calling this a “new favorite,” Carter gushes that kids will enjoy Pinkney’s lively illustrations. The story, from Aesop’s Fables, tells the classic tale of a lion who spares a mouse only to have the mouse then save the lion when he gets trapped. The story unfolds through pictures, giving you and your child an opportunity to tell the story in his or her own way.

Simple drawings pull kids into this clever story of a kitten who encounters a full moon that seems as though it’s a bowl of milk just waiting for her to drink. Silliness ensues.

A Ball for Daisy by Chris Raschka

Another wordless book, this tale of a dog whose prized toy is ruined by a bigger dog is told all in pictures. Your kids provide the words.

The Funny Little Woman by Arlene Mosel and Blair Lent

This folktale revolves around the misadventures of a Japanese dumpling maker.

Sylvester and the Magic Pebble by William Steig

Considered one of the “100 Best Books of the Century” by the National Education Association, the story follows what happens when wishes go wrong.

Comic book fan and grade-schooler Flora develops magical powers after a nerve-wracking encounter with a vacuum. Flora and her adventures with Ulysses, the super squirrel, follow. “This book is action-packed and appeals to both boys and girls,” says Carter.

Young Marty develops a close bond to an abused beagle he calls Shiloh in this award-winner.

Parents may remember this one. The story follows Leigh Botts, who starts up a letter exchange with his favorite author as part of a class assignment.

Sarah travels from her beloved Maine to Kansas to care for a widowed man and his two kids in the late 19th century.

The Giver by Lois Lowry

Recently made into a movie, this book is about a teen who uncovers the secrets that force him to flee his seemingly perfect life in a futuristic community.

Set in Flint in 1936, 10-year-old Bud goes on a search for his father. Carter says this book lets kids learn more about what it was like for African-Americans in the Depression era.

Diary of a Wimpy Kid series by Jeff Kinney

For reluctant readers, the misadventures of middle-schooler Greg Heffley may be the perfect stories to urge them to pick up a book or two.

Charlotte’s Web by E. B. White

“This story never goes away,” says Carter. “It could have been written yesterday.”

Where the Sidewalk Ends by Shel Silverstein

Thanks to quirky poems and silly illustrations, reading this book aloud with your middle schooler guarantees laughs.

The Skin I’m In by Sharon G. Flake

“My all-time favorite book for teens,” says Carter. “The author has visited the library three times and each time she really connects to the kids.” Teenaged Maleeka overcomes bullies who make fun of her for her dark skin.

An updated urban take on Romeo and Juliet, this book tells the story of good-girl Brittany Ellis who has to partner with the school bad boy in chemistry class.

Readers get immersed in the world of a wild wolf dog in London’s now-classic tale set during the 1890s Klondike Gold Rush.

This book shows what it’s like for Reese, 14, to be locked up in a juvenile detention facility. The story emphasizes second chances and staying positive in difficult situations.

Rinaldi brings history alive through the eyes of 13-year-old Luli, a slave in 1860s Texas. The story unfolds as Luli and other slaves discover plantation owners had kept news of the Emancipation Proclamation from them for over two years. Their freedom, marked on June 19, 1865, becomes the focus of the story.