'A Little Princess' at Grantland Playhouse in Livonia 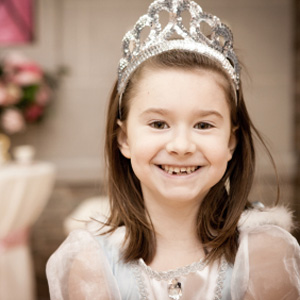 Pack up your little princes and princesses, hop in the royal wagon and head to Livonia to see the magical musical A Little Princess at Grantland Playhouse in Livonia, put on by Motor City Youth Theatre on the weekends of Nov. 9-11 and Nov. 16-18, 2012.

Based on the beloved novel A Little Princess by Frances Hodgson Burnett, this show will enchant kids and bring back memories for parents and grandparents who once saw the Shirley Temple version, says artistic director Nancy Florkowski.

The show's cast consists of 21 young actresses as young as first grade and as old as ninth grade, and two adult actors from Wayne State University, Dan Miller and Andrew Pytrelka, who play the musical's only adult roles, Florkowski says.

You can catch A Little Princess at the playhouse the following times:

Tickets are $10/adults 18 and older and $8/seniors and kids under 18. Children under 4 years old will not be admitted.

Little ones hungry and want a spot of tea and snacks before the show? Princesses ages 7-12 years old can arrive at 1 p.m. on Nov. 10 for the Little Princess Tea and Matinee. There's limited space for the tea matinee, and tickets for tea and show are $10.

Motor City Youth Theatre works with the community and kids ages 5-18 to put on their shows. The theater "was organized exclusively for educational purposes and to bring the excitement and magic of live theater to young people and their families as performers and audience participants," its website notes.

For more information on A Little Princess at Grantland Playhouse in Livonia, check out the Metro Parent calendar listing.