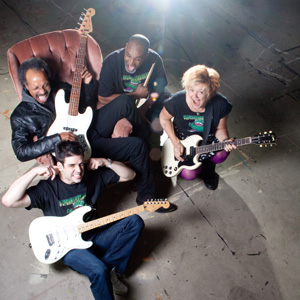 Rock out to some serious family fun Oct. 1, 2011 – kindie-style! Four alt kid bands are set to shake-up the Royal Oak Farmers Market at the Bestest Concert Ever! with awesome kindie tunes (that’s a mash-up of “kid” and “indie”). The craze pairs a grown-up sound with age-appropriate lyrics and topics.

This first-ever installment, which happens 5-8 p.m. and is brought to you in part by Metro Parent, lime-lights some cool groups, each with their own sound:

See the Metro Parent listing for the address and more information about the first-ever metro Detroit Bestest Concert Ever! for kids and families.