Tim-brrrrr! Nothing like a little flannel to warm things up. And Wayne mom Emily Kliemann nailed this theme for her twin sons' first birthday party. 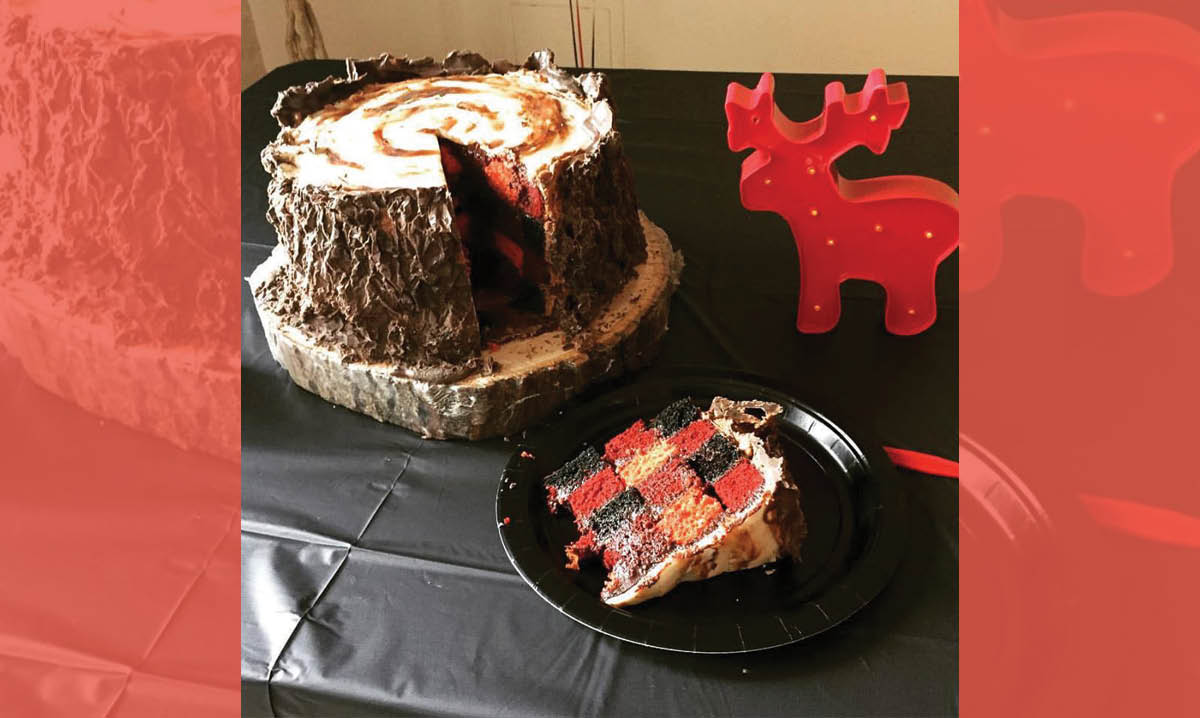 Little Holden and Ezra are years away from sprouting real beards. But these twin brothers got to sport some faux whiskers – and plenty of plaid – at their first birthday party.

“I knew I wanted something cute and memorable but not too ‘twinny,'” says their mom, Emily Kliemann of Wayne. The solution? Lumberjacks! “I stumbled on the idea through Pinterest and fell in love with the theme.” 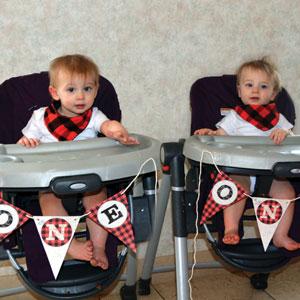 The celebration, which happened two summers ago, was well-timed. “The buffalo plaid/lumberjack style was super in that year,” says Kliemann, who scored a lumberjack printable pack on Etsy and invites from WolcottDesigns.

The tree-stump cake was a highlight. “Everyone was surprised by the plaid cake center,” says Kliemann, who grabbed the idea from Sugar Geek Show on Facebook. A sign also queried, “Wood You Like Some Grub?” – including pulled pork sandwiches, coleslaw, veggies, chips and other brawny goodies. 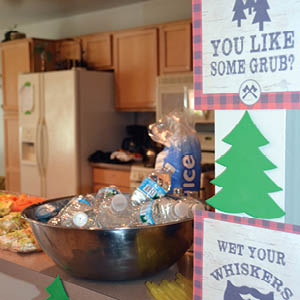 Most guests donned their best plaid, including the birthday boys – who wore bandana bibs hand-sewn with love by mom – along with big sister Millie, now 3.

Amid a forest of paper tree cutouts and themed balloons, guests could also play a tic-tac-toe toss game with plaid beanbags and pop their face in a lumberjack prop for a proper bearded photo op. “My dad even grew a beard for the event!” 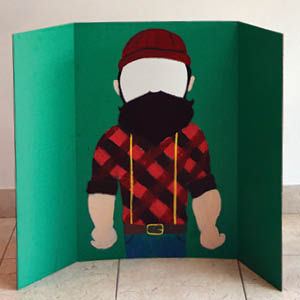 Get your party in print too! Send details via MetroParent.com/BirthdayBrag – or tag photos #MPBirthdayBrag on Instagram.