Canton's International Festival at the Village Theater at Cherry Hill 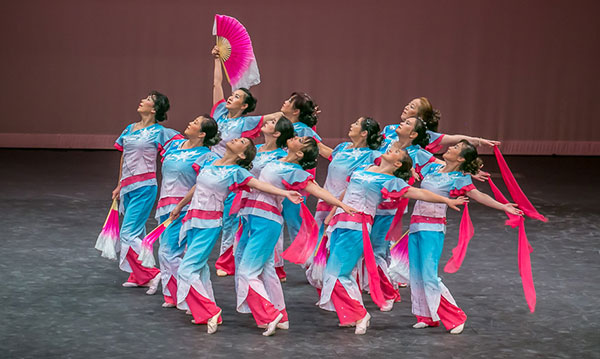 From Ireland to India, travel around the world – no passport required – during Canton’s International Festival. With singing, shopping, dancing, dining and more, this fest celebrates cultures around the world for one day at the Village Theater at Cherry Hill in Canton.

This event runs 11:30 a.m. to 5:30 p.m. on Saturday, Nov. 19, 2016. There will be a ton of performers representing various cultures and countries, including Bollywood Fusion with Chinmayee Kulkarni, the Tim O’Hare School of Traditional Irish Dance of Ann Arbor, Joyas de Mexico Ballet, directed by Luly Del Real, the Troy Chinese Classic Music Guzheng Team and so much more.

Countries represented at this year’s fest include China, India, Ireland, Italy, New Zealand, Poland, Tahiti and many others, a press release notes.

Once you’ve seen the performances, head back to the theater’s lobby to explore different cultural exhibits, featuring arts and crafts, textiles and photos to purchase. Vendors will be selling snacks and desserts from around the globe, too.

Presented by the Multicultural Committee of the Canton Commission for Culture, Arts and Heritage, this fest began in 2007 as an effort to celebrate the cultural diversity in the city of Canton. It now draws hundreds of families – like yours. And admission is just $2 per person.

See the Metro Parent listing for more on the 2016 Canton International Festival.

This post was originally published in 2012 and has been updated for 2016 by Megan Krueger.