Itinerary for a Detroit Day Trip With Kids 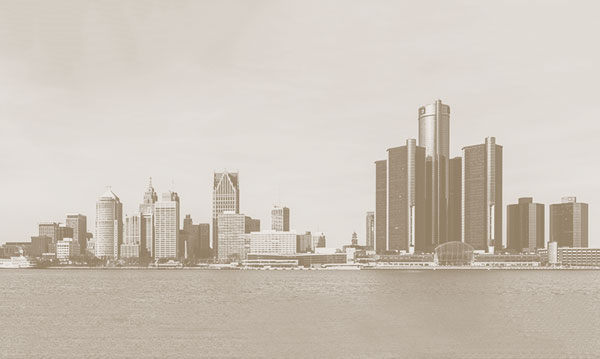 Do you and your family want an urban getaway – but your schedule, finances or other commitments say otherwise? Never fear. Take a Detroit day trip with kids!

You can enjoy world-class culture, inventive and interesting food and outstanding sightseeing in one of the hottest travel destinations on less than a tank of gas – right here in our very own urban wonderland.

Here’s an insider’s look at how you can enjoy a Detroit day trip with kids, from off-the-beaten path attractions to places that are mainstays for a reason.

The first question: Should you stay in the city or should you drive back and forth to your home base?

If you can swing the room fee, a night at the Inn On Ferry Street or the Westin Book Cadillac offers you a front-row seat to some of Detroit’s most exciting attractions.

The Inn On Ferry Street, a five-minute walk from Cultural Center attractions, features four beautifully restored Victorian homes and two carriage houses. Here, you’ll get a real feel for what Detroit was like before it was the Motor City.

The Book Cadillac is an amazing success story. It sat empty for decades until the Ferchill Group from Cleveland restored it to its former glory. It now presents a proud facade equal to any glamorous big-city hotel – and is walking distance from downtown attractions.

Friday: Day No. 1 of your Detroit day trip with kids

Pile the kids in the car as soon as they get out of school and head straight for the heart of the Cultural Center at the corner of Woodward and Warren avenues.

Park at Wayne State’s paid public garage at the Park Shelton (Kirby Street and Woodward Avenue) right next to the Detroit Institute of Arts.

Or try your luck with street parking. In most neighborhoods, signs and kiosks for Park Detroit are a common sight. If you download the app to your phone, you can pay with a debit or credit card.

Most importantly, you’ll get a warning when your time is about to run out – parking enforcers in Detroit are notoriously zealous in performing their duties.

The eye-popping Allesee Gallery of Culture tells the story of the city’s evolution in the 20th and 21st century. The Kid Rock Music Lab highlights Detroit’s many contributions to popular music from punk to gospel – and lets you try your hand at mixing a song like a big-time producer.

The Underground Railroad exhibit puts you in the place of slaves making a break for freedom across the river in Canada. And classic exhibits such as The Glancy Trains and The Streets of Old Detroit appeal to the imagination with whimsical train setups or lifelike depictions of city streets from centuries ago.

History not your thing? Explore the Main branch of the Detroit Public Library. The building is gorgeous and houses hidden treasures like a fireplace in the teen-focused HYPE Center, decorated with rare, full-color Pewabic tiles themed around classic children’s stories.

Plus there’s a priceless bejeweled chest in the Burton Historical Collection and stunning murals and architectural details in the Adam Strohm Hall on the third floor. If you’re lucky, you may happen upon an author talk, children’s activity or book sale.

All that culture has likely made you and your crew hungry! Try the pricey-but-excellent Chartreuse if your kids are fine dining fans. Or wander down Cass Avenue and take a right on Canfield Street for the Wayne State mainstay Traffic Jam and Snug, which boasts house-made cheeses and bread – or Motor City Brewing Works across the street for inventive pizzas.

You can even make like former President Obama and dine at Jolly Pumpkin.  Then stop off for a quick souvenir shopping trip at Shinola, Third Man Records (owned by Detroit-raised Jack White) and home goods/gift shops City Bird and Nest.

Don’t linger too long, though, because you’ll want to get back to the Detroit Institute of Arts for Friday Night Live. The museum stays open until 10 p.m. and features live music in the majestic Rivera Court, art making for both kids and adults, and drawing in the galleries.

Saturday: Day No. 2 of your Detroit day trip with kids

Have breakfast at your hotel or home, but make it bright and early so you can experience one of Detroit’s most beloved Saturday traditions – shopping at Eastern Market. This century-plus-old public market is spread across five covered sheds and open year round.

You can find anything from flowers (both to plant and to put in a vase) to fruit and vegetables and even pigs’ heads some days. Shed 2 features many local producers selling – and sampling – their wares. And the people watching is the best show in town.

Don’t miss the shops, as well. Rocky Peanut Co. is great for (unsurprisingly) nuts, spices and coffee, as well as a bulk candy section that will make your kids’ eyes go wide with amazement.

DeVries and Co. has dozens upon dozens of cheeses from around the world, as well as teas, snacks and a charming shop with toys and gifts on the third floor (see if you can take the old-fashioned elevator up).

Pick up the makings for a picnic lunch from the market booths and shops – or put in your order for an incredible thin-crust pizza from Supino (there’s a reason every travel show and celebrity chef who has come to Detroit stops here).

Alternatively, try a sandwich loaded with your choice of sausage at Eastern Market Seafood Co. – or share a table with other diners at Russell Street Deli for fresh and local fare.

All this food and the crazy crowds at Eastern Market may leave you craving wide open spaces. To scratch that itch, pick up the Dequindre Cut from the heart of the market.

This former railroad right of way has been converted into a trail for walking, running or biking, with a uniquely Detroit twist – all the underpasses feature works by street artists.

The cut goes all the way to the Detroit River, where you can connect with the beautifully restored Detroit Riverwalk. Check out the gorgeous carousel or the playscape at Rivard Plaza.

And if that’s not enough outdoors for you, swing by the Department of Natural Resources Outdoor Adventure Center.

This sprawling facility lets city and suburban kids get a taste of Michigan’s abundant outdoor resources. Explore the yurt, three-story climbing tree and the simulators for biking, snowmobiling and hunting.

Ready for dinner? Head to the trendy Corktown neighborhood, which has come a long way from the burger-and-beer joints from the days it was home to Tiger Stadium.

Skip the two-hour waits at national media darling Slows and instead try the creative burgers and dogs at Mercury Burger Bar across the street. Or head across Rosa Parks Boulevard and try Bobcat Bonnie’s sharable plates.

Nemo’s has been voted one of the best sports bars in the country, and the tin ceilings and walls of framed sports pages are old-school Detroit at its finest.

Or head into the neighborhood a bit to the corner of Porter and Brooklyn streets and discover delicious deli and more at Mudgie’s. Have adventurous eaters and a little more cash to splurge on a memorable meal? Gold Cash Gold is the talk of the town for a reason.

By now you should be well satisfied after an active day, lots of fresh air and some great food. Head back home or to your hotel to rest up for the grand finale tomorrow.

Sunday: Day No. 3 of your Detroit day trip with kids

Much of the buzz about Detroit centers on the revitalized downtown. What once was a ghost town after 5 p.m. and on weekends is now teeming with people almost all the time.

Start out your Sunday with brunch at one of the restaurants that have sprung up to feed all these people. Try Townhouse or the Hudson Cafe, both on Woodward Avenue.

Hudson Cafe’s red velvet pancakes are legendary – and they’re also the size of a manhole cover, so share them or ask about a half order.

Not in a brunching mood? Detroit’s signature restaurant rivalry – American and Lafayette Coney Islands – are right next to each other on Lafayette Avenue. Do a “doubleheader” (one coney at each) and weigh in on the debate over which is best.

Once you’ve stuffed yourself, stroll to Campus Martius Park, which attracts workers from the surrounding office buildings, neighborhood folks and tourists (whether hometown or out of town) like yourself, who are coming to see what all the excitement is about.

In nice weather, it hosts concerts, basketball games in adjacent Cadillac Square, and a beach – yes, an actual sandy beach – during the summer months.

In winter, skating at the Rink Campus Martius Park under the Detroit Christmas tree is a quintessential city experience. Shopping is nearby, mostly in the two blocks of Woodward Avenue immediately north.

Feel like something quieter? Head off to a state park that’s only a few minutes’ drive away. Belle Isle became a state park in 2015 and is cleaner, quieter and in better shape than it’s been in years.

Check out the conservatory and imagine being in the tropics, or head over to the Belle Isle Aquarium with its stunning green Pewabic tiles and funky fish. Be aware you need to have or purchase an $11 Recreation Passport to enter the park by car.

And speaking of Pewabic, it is just 1.5 miles east of the Belle Isle Bridge. So many of Detroit’s most beautiful buildings feature their signature glazed tiles that visiting this historic spot, which remains much as founder Mary Chase Perry Stratton left it, is a fitting end to your staycation in Detroit.

Pick up a tile to remind you of your time in a great American city that is right in your own backyard.