A 13-year-old eighth grader from Detroit is helping spotlight local talent with the first-ever Make US Known: We Lit! concert at the Wright Museum. 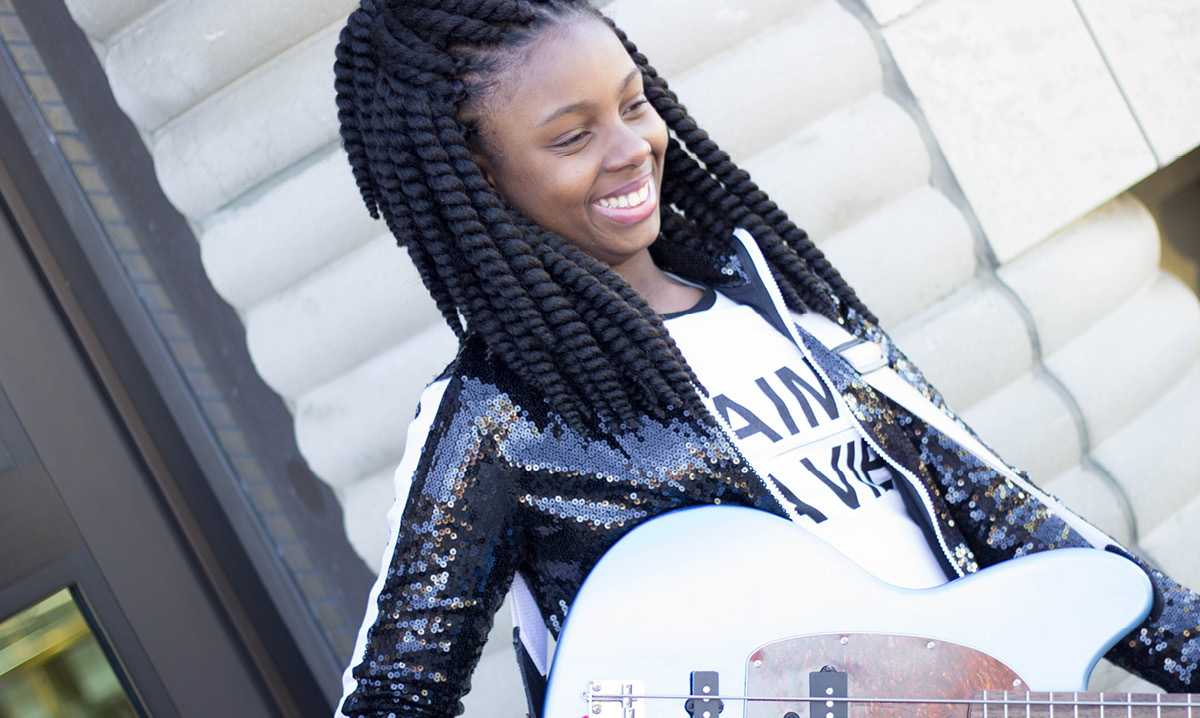 Everybody deserves a chance to shine. That’s the goal of 13-year-old Nya Simoné, an eighth grader and avid bass and saxophone player from Detroit who wants to put the spotlight on talented inner-city youth. She’ll accomplish that with the first-ever Make US Known: We Lit! concert March 18 in Detroit, an event she organized to showcase young black singers, dancers, rappers and other artists.

“Inner-city kids usually don’t get talked about unless they’re good at athletics or they do something wrong,” Simoné explains. “But I think that it’s important that we show that that’s not the case. There are talented kids in inner cities and (talented kids) of color.”

Here’s what else she had to say about the concert – and what it’s like being an aspiring young musician.

How did you get the idea for the concert?

“Last summer I went to this summer camp called Motown EDU (at Detroit’s Motown Museum, where kids learned about musicianship). After the camp was over, I was like, ‘These kids are really talented. We need to have more stuff like this.’ So I came up with the idea of having my own concert.”

Why is it important to give kids a chance to perform?

“Because I know a lot of people have some type of talent, and they just don’t have an outlet to display their talent.”

How did you get into music?

“I first got into music when I was 9 or 10. I was in the Michigan Opera Theatre Children’s Chorus and I really liked it. My mom kind of pushed me to audition for the chorus and that’s where I found out that I really liked music.”

How does playing music make you feel?

“It relaxes me. Like if I’m really tense or I’m really stressed out, it helps me relax.”