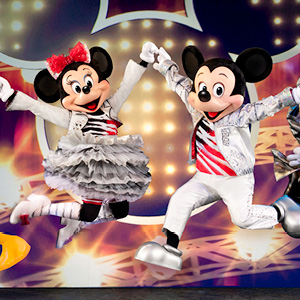 Join Mickey, Minnie, Donald, Goofy and all their pals for a night of music mixes and family fun when Disney Live! Mickey's Music Festival takes over the Palace of Auburn Hills Oct. 24, 2014.

Once Mickey welcomes you to his show, concert goers will be transported to a whole new world of Aladdin, under the sea with Ariel, and out to the rodeo with Woody and Jessie.

More than 25 classic characters from the world of Disney and Pixar will make an appearance during the show, and will perform songs from the hit movies remixed to rock, pop, reggae, hip-hop, jazz country and more, in one of the biggest concert experiences in family entertainment

This celebration of Disney was produced by an award-winning father-daughter duo and was directed by the creative mind behind Disney's Phineas and Ferb: The Best LIVE Tour Ever. It will leave lasting memories have you humming these songs long after you leave, or so the show's producer says.

There are two performances of Disney Live! Mickey's Music Festival to choose from: 4 and 7 p.m. Tickets start at $15 per person.