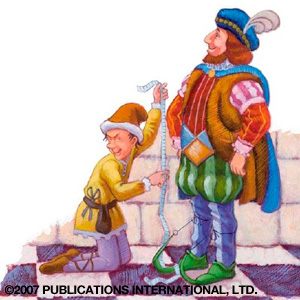 This historical theater proudly presents a mixed cast of both adults and children in its comedic production about an emperor so caught up in having the newest things that he parades around in an "invisible suit" – all to prove he has the best of the best.

This fantastical story, originally created by Hans Christian Andersen, weaves the tale of two tailors who promise to clothe a narcissistic ruler in such robes as he has never seen before. They claim that anyone who cannot see the magical clothing is unfit for his or her position – or simply stupid. So the people of the land go along with the ruse, afraid to admit to the fact that all they see is a naked emperor.

The twist? No one can see the emperor's clothes, of course; not even the emperor himself! This classic children's tale teaches an excellent lesson in the pitfalls of vanity.

This show is for ages 3 and older. Join along in big belly laughs throughout August and September. Show times are as follows:

Tickets are for sale at the door for $9 each. Group rates and reserved seating are available upon request.

To learn more about the Marquis Theatre's late summer 2013 production of Emperor's New Clothes in Northville check out the Metro Parent listing.