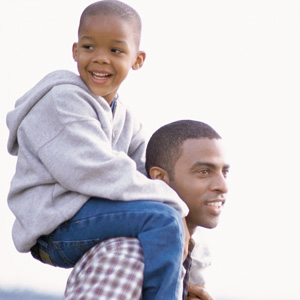 Partnership for Dads wants attendees of its 12th annual Fathers Conference to be IRON DADS – or so its theme would suggest. But you won’t find men clad in suits of armor here. The conference will focus on “Fathering with Passion, Power & Purpose.”

The one-day event, to be held Saturday, Jan. 28, 2012 at the Oakland Schools Building in Waterford, features workshops on topics like discipline, blended families and the media’s portrayal of fathers. Ted Braude, an integral psychologist and the founder of BoysWork, will give the keynote address: “The Man in the Father,” explaining how dads as men are critical to the well-being of their children.

With an expected attendance of around 200 dads, the event will run from 8 a.m. to 3:30 p.m. Saturday. Tickets are $29 in advance or $40 at the door – or grab a couple friends and get three tickets for $60. A continental breakfast and lunch are included in the ticket price.

For the address and other details, see the Metro Parent listing for the 2012 Partnership for Dads Fathers Conference in Waterford.