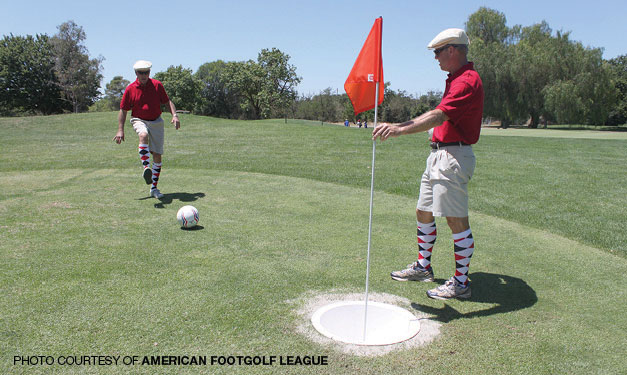 Soccer and golf come together in a creative sport called FootGolf – and the mash-up has families at Plymouth's Fox Hills Golf & Banquet Center ditching the clubs and kicking a soccer ball on the green. The game is played and scored just like golf.

"It's really exciting," says Sandy Mily, one of the course's owners. "It's a great thing for the families to get out there and do."

Mily explains that families "just love it" and from what she's seen so far, they've seen youth on up play the game. It's great for getting the kids outside and running around, she adds.

Fox Hills touts being the first in Michigan to team up with the American FootGolf League. The metro Detroit golf course also celebrates its 40th birthday this year. Mily's family bought the venue in 1974, and today, Mily and her sister Kathy Aznavorian, both moms, are at the helm. Since the 1970s, the course has expanded, Mily notes.