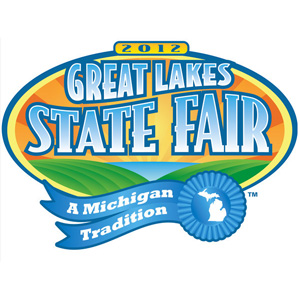 The historic Michigan State Fair will be making a comeback this summer after a three-year absence, sporting a "Made in Michigan" theme and featuring numerous attractions.

The aim is to highlight "what the state is all about," Jones says of the fair, because Michigan is "not just a car state."

"There are so many other things here to be proud of," she adds.

To show the pride, everything featured at the fair will be Michigan-based, with a focus on the state's agriculture and commodities, Jones says.

"The focus is definitely everything that makes Michigan a great state," she says.

According to the Great Lakes State Fair website, attractions will include agriculture and livestock exhibits, rides at the Arnold Amusements Midway, a Michigan Brewery Beer Garden and the Detroit Shrine Circus.

Michigan country and Americana musicians will perform at the event, too, but Jones says they are still in the process of "lining everything up."

The fair, which will be funded by sponsors and donations rather than by the state, will pack just as much excitement into four days as the old state fair did in two weeks, Jones says.

Jones says they think their prices have made the fair "affordable for families" because rides, exhibits and other attractions – including the daily Detroit Shrine Circus – are included in the admission price.

You can check out the Metro Parent listing to learn a bit more about the 2012 Great Lakes State Fair happening in Novi – and to link to the sponsor's website to buy tickets.